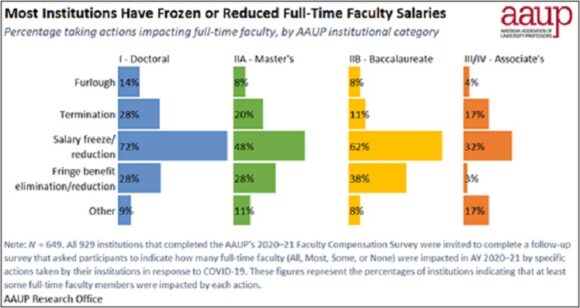 The survey also asked about the wide range of actions (see graph above) taken by US colleges and universities in response to financial difficulties stemming from the COVID–19 pandemic. At a time when many institutions were already struggling to balance their budgets, many lowered their expenditures by implementing hiring freezes, salary cuts, fringe benefit cuts, furloughs, and layoffs.

You can see the complete survey results here.