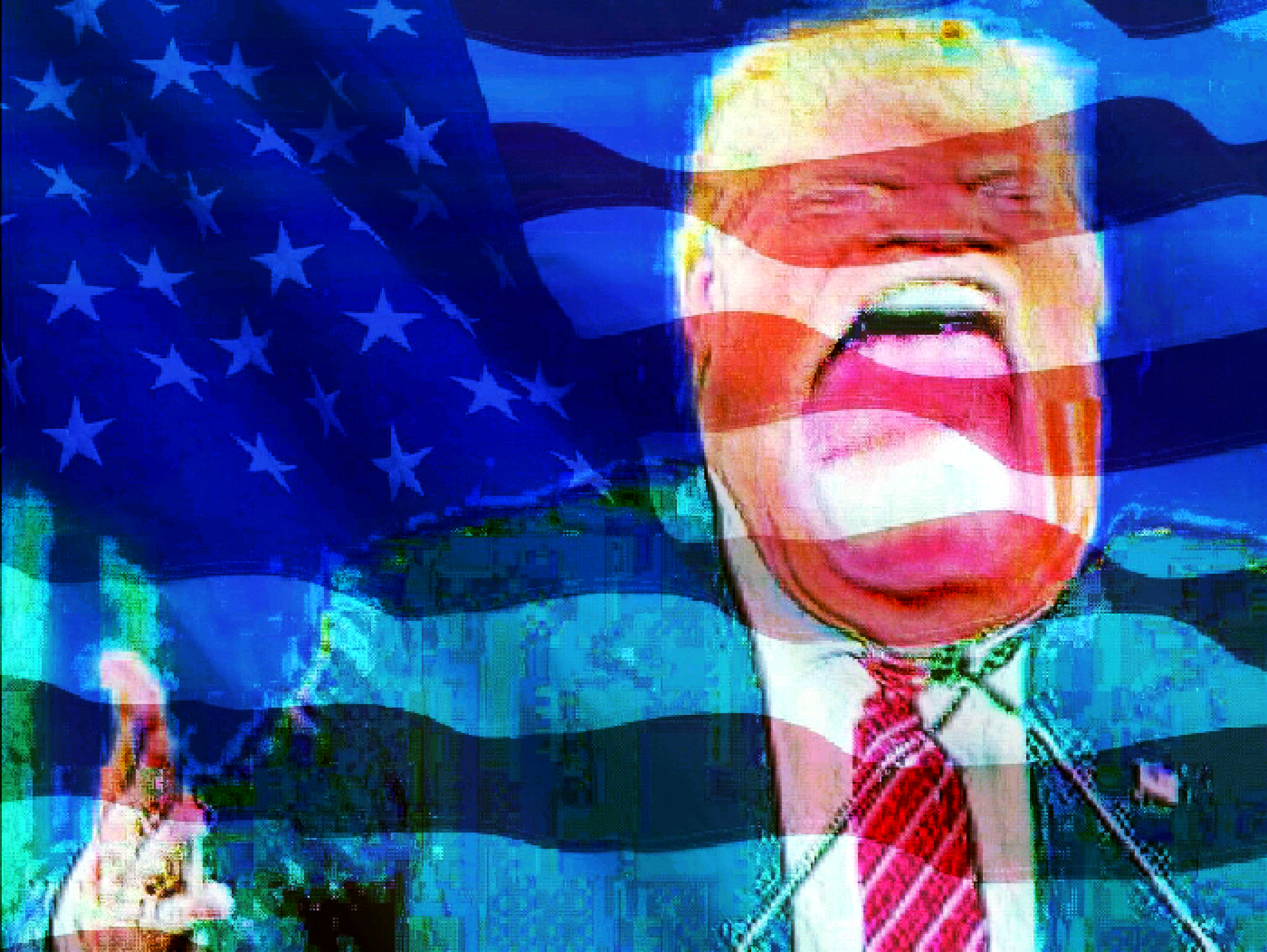 Maureen Dowd in her New York Times column today takes aim at Donald Trump and reviews his fumblings this week including the presidential debate and his CBS 60 Minutes interview.  She also labels him a “public health menace” for spreading misinformation and denigrating medical experts.   This past week saw surges in the number of coronavirus cases and the death toll surpassing 220,000.

In comparing him to Joe Biden, she says Biden is “an empath” while Trump is a “sociopath.”

“Trump is clearly stunted. His father encouraged his opportunism and cynicism: Do what you need to do to grab whatever you want. And never do anything that is not in your own self-interest. That’s only for suckers and losers.

“Normal life, that’s all we want,” Trump said at the Florida rally.

But his only normal is chaos.”

Below is her entire column.  Read it and hope for the best on Election Day.

A steaming mad president is running out of steam.

WASHINGTON — During the Barack Obama comet streak in 2008, a lot of Americans were electrified by the idea of leaping into modernity with a brainy, young, Black cool cat.

Now a lot of Americans seem resigned yet relieved to step back in time with a sentimental old-school Irish pol who was born the year Bing Crosby topped the charts with “White Christmas.”

You can only let King Kong, as Don McGahn, Trump’s first White House counsel, dubbed his former boss, smash up the metropolis for so long.

Donald Trump does have a gift for symmetry, though, you must admit.

He began his presidency with an epic tantrum about pictures showing that his Inaugural crowd could not compare with Obama’s.

And now he could be ending his presidency with another epic tantrum about crowd size. After Lesley Stahl trolled him during a “60 Minutes” taping, saying, “You used to have bigger rallies,” you could almost see steam pouring out of the president’s ears. He stormed out of the interview a short while later.

He may be finishing right where he started, focused on himself.

Whatever Joe Biden’s shortcomings, he is genuine when he says he will make his presidency about helping others.

As the former vice president vowed in a speech in Wilmington, Del., on Friday, “I’ll listen to the American people, no matter what their politics.”

Biden’s appeal comes from his own struggles. He was a working-class kid who stuttered. He was an adult who suffered terrible losses. He was not coddled by a rich father who was always there to bail him out of a jam. Biden is an empath, Trump a sociopath.

Somehow Trump grew aggrieved buoyed by family money in a Fifth Avenue penthouse, while Biden remained optimistic despite the fates throwing down one lightning bolt after another.

“Biden feels others’ pain,’’ said the Trump biographer Michael D’Antonio. “Trump doesn’t even feel his own.”

D’Antonio pointed out that Trump’s more modulated debate performance was disturbing, in that it proved “that being horrible has been a choice all along.”

“He had the capacity to be normal,” D’Antonio said. “He just prefers being the bad boy, the out-of-control deviant member of society who says the things that no one else will say. He’s just performing. He needs the adoration of the mob more than he needs the acceptance of normal people.’’

Trump would rather be bitchy than boring. He loves being a gaper’s delight. That’s why that long-yearned-for pivot never came.

Biden’s debate performance wasn’t scintillating. He let some balls get past him. He did not word his comment about transitioning from oil dependence artfully. But he checked the boxes he needed to check and he successfully presented himself as the anti-venom to Trump’s venomous attempts to divide the country for personal gain.

“Wave bye-bye to your 401(k), cause it’s going down the tubes,’’ he said at a rally Friday in The Villages in Florida, warning that Biden’s climate aims might somehow deprive Floridians of air-conditioning.

Isolated in his shrink-wrap, Fox-speak bubble in the debate, he ignored the fact that he has already turned America into a sort of dystopia by bungling and dissimulating on the virus.

He didn’t even seem to know how he sounded when he bragged that undocumented immigrant children separated from their parents and held in cages are being “so well taken care of.”

When asked about families living under the polluted clouds of oil refineries and chemical plants — made worse by his administration’s incessant rollback of regulations — the president intoned that, actually, all that smog is a small price to pay because the families “are employed heavily and they are making a lot of money.”

Trump began the pandemic blowing off masks and, even as we enter a new fall surge and even after the president and his family contracted the virus, he was still mocking a White House reporter’s mask on Friday. It’s unfathomable that the president of the United States would turn himself into a public health menace. But he has.

Trump’s problem is that he keeps wowing the same people. And that base just isn’t large enough.

“Republicans were relieved that he was eating with a knife and fork,’’ David Axelrod cracked about the debate. “But it was still the same meal.’’

Trump is clearly stunted. His father encouraged his opportunism and cynicism: Do what you need to do to grab whatever you want. And never do anything that is not in your own self-interest. That’s only for suckers and losers.

“Normal life, that’s all we want,” Trump said at the Florida rally.

But his only normal is chaos.