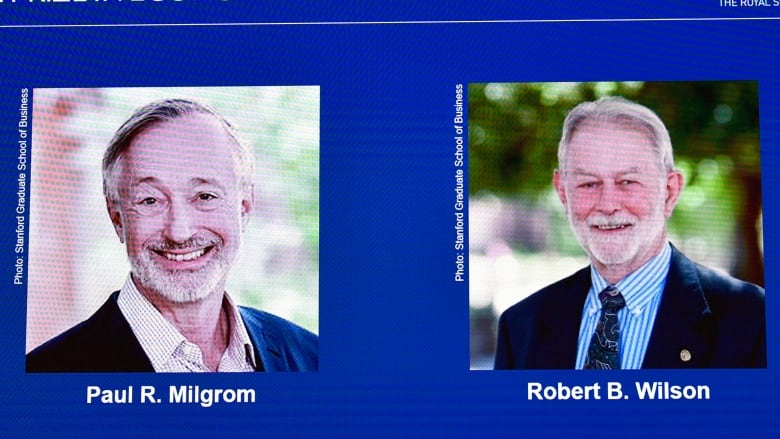 Two American economists, Paul R. Milgrom and Robert B. Wilson, were awarded the 2020 Nobel in economic science yesterday for improvements to auction theory and inventions of new auction formats — innovations that have had huge practical applications when it comes to allocating scarce resources.

The pair, close collaborators who are both affiliated with Stanford University, pioneered a type of auction that governments have since used to bid radio frequency.

Mr. Wilson was born in 1937 in Geneva, Neb., earned both his bachelor’s and graduate degrees from Harvard University, and he is now a professor emeritus at Stanford University.

Mr. Milgrom was born in 1948 in Detroit. He completed his bachelor’s at the University of Michigan and his graduate education at Stanford, where he received a doctorate in 1979 and where he is now a professor.

“They haven’t just profoundly changed the way we understand auctions — they have changed how things are auctioned,” said Alvin E. Roth, a Nobel laureate himself who was one of Mr. Wilson’s doctoral students. “The two of them are some of the greatest theorists living in economics today.”

Auctions help to sell a variety of products, including diamonds, minerals and online advertising. They can also take on various characteristics: Objects can have a shared, common value for all bidders (such as commodities like oil) or private values that vary across bidders (like art). Bidders may know exactly what the object’s value is, or they may have imperfect information. Bids can be open, meaning everyone can see them, or closed.

Mr. Wilson “was the first to create a framework” for auctions of items with a common value, according to the prize committee. In his work, he explained that bidders will offer less than they think the object or service is worth because they are afraid of overpaying — the winner’s curse — even more acutely when they are at an information disadvantage.

But in most auctions, bidders have both common and private values — when buying a house, for instance, shoppers think about both what they personally like about the amenities and what the market value of the home might be.

Mr. Milgrom came up with a theory to deal with that mix of common and private value, and he examined how the “winner’s curse” plays out in such instances. He found that people underbid by less in so-called English auctions, in which prices start low and are raised, than in Dutch auctions, where they start high and are reduced.

Congratulations to Professors Wilson and Milgrom!