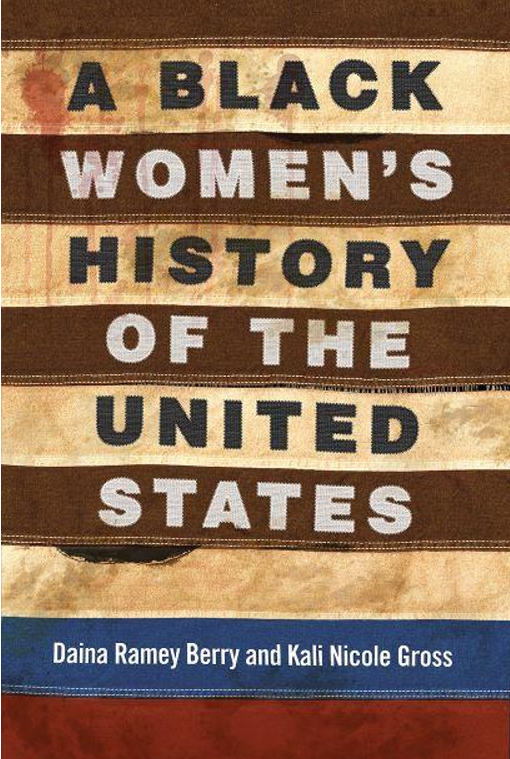 I just finished reading,  A Black Women’s History of the United States, by Diana Ramey Berry and Kali Nicole Gross.  Berry is a professor of history at the University of Texas at Austin, and Gross is a professor of history at Rutgers University. It is an engaging book that documents how “African American women put their bodies and souls on the line for the cause of freedom.”  Berry and Gross detail well the contributions of African American women from the age of exploration in the 1500s to the present day.  While I was familiar with many of the women depicted in the 20th century such Shirley Chisolm, I knew little about those in the earlier centuries.  I was grateful to Berry and Gross for filling a gap in my knowledge.   As one reviewer stated:  “It is an essential, important, and fundamental account that is a must-read for anyone to know the history of the United States in its fullest, truest, and most gut-wrenching reality.”

As an aside, I read this book at the same time I was reading, Long Live Latin: The Pleasures of a Useless Language by Nicola Gardini. While both dealt with history, these two books could not be more different in subject matter and had my head swirling at times.

I have added A Black Women’s History… to my recommended readings in a graduate course I am teaching at Hunter College.  Below is a review courtesy of Long Star Literary Life.

A Black Women’s History of the United States

If you think you had a pretty accurate picture of United States history—and I thought I did—this book will make you think again. Because like most, I did not know about significant blind spots, gaps, and omissions in what passed for US history before this meticulously researched and entirely accessible history crossed my desk. After reading this compact yet compelling book, I’m a believer: this is an essential, important, and fundamental account that is a must-read for anyone to know the history of the United States in its fullest, truest, and most gut-wrenching reality.

The focus is United States history—really, North American history, from the start—with the added dimension of black womanhood in all the critical and pivotal waypoints in seventeenth, eighteenth, and nineteenth century life on the continent. Black women enduring the early years of US history did so against a daily existence of bondage, disenfranchisement, injustice, and inequality, a crucial part of the colonial narrative heretofore largely ignored by historians.

The asymmetrical racial power balance was appalling, the reality of enslavement draconian, and the heartbreaking, unyielding oppression inhumane and soul-crushing. This history restores the historical voice to many courageous, relentless black women who resisted enslavement and colonialism to advocate freedom for their succeeding generations.

The authors chose a unique historical methodology that offers rich detail and layers of research-based narrative, then lets the reader draw conclusions. Rhetorical questions follow the clearly drawn history: How could a black woman feel about herself and her children in the face of rape, murder, denial, oppression, and inhumanity that was the colonial order which persisted for centuries? How would anyone feel—particularly the reader—newly apprised of the atrocity unmentioned or barely spoken of in conventional histories of the United States?

The narrative is heartbreaking mostly, hopeful certainly, and a fitting, long-overdue tribute to the largely nameless, faceless, but powerful and unrelenting black women whose stories leap from the pages of this history. The reader loses the blinders inherent in the typical US history’s narrow account of the inhumanity black women in particular had to bear: their reproductive life was commodified as a saleable labor source by slaveowners. The authors carefully and effectively link this atrocity to another—infanticide—in a way that transcends typical US history and underscores the loss of humanity in a country that tolerated slavery for centuries.

The only troublesome narrative issue I encountered was a question of viewpoint, not history: in chapter three, the historian’s voice is overshadowed by personal bias when the authors intrude in their very well-supported history with a statement regarding enslavement of black people by black people. “This is a difficult history to report,” the authors state, “as many of those who read it will place blame on black people for contributing to slavery.” This forces the history into the background and foregrounds a misplaced, at least in the historical voice, concern over a desired conclusion they wish to induce. But should historians have a rhetorical agenda? And should that overshadow the history itself at any point?

Regardless, A Black Women’s History of the United States is a rich, vital, and must-read addition to basic US history. “African American women put their bodies and souls on the line for the cause of freedom,” the authors tell us, and their thoroughly detailed history foregrounds that reality poignantly, uniquely, and accurately.