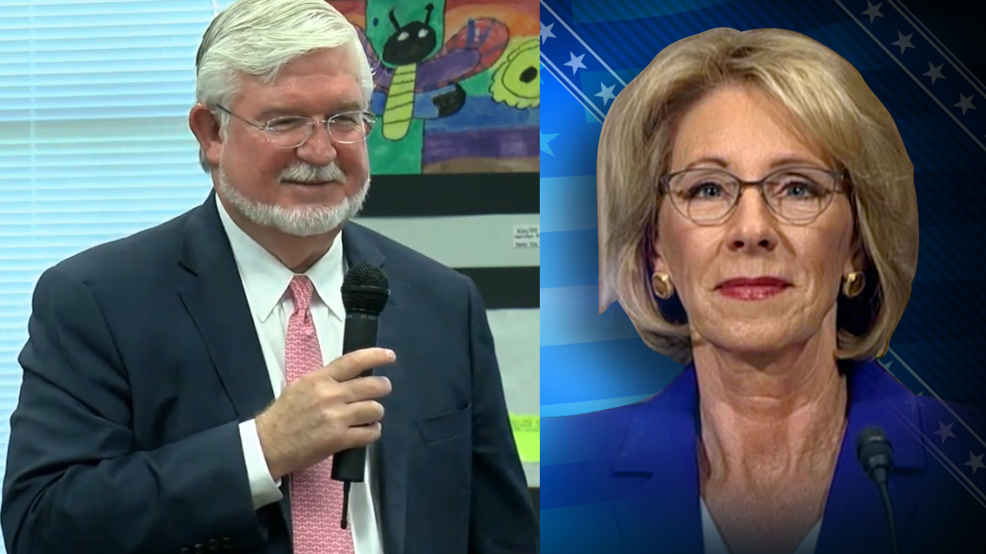 A. Wayne Johnson and Betsy DeVos

“We run through the process of putting this debt burden on somebody… but it rides on their credit files—it rides on their back—for decades.. The time has come for us to end and stop the insanity.”  As reported:

“Outstanding college student debt stands at $1.48 trillion as of the last quarter, according to the New York Fed. Borrowers in the current system are facing loan burdens that are souring quickly: Out of the outstanding severely derogatory balance, 35% are defaulted student loans. Those in public service who applied for Public Service Loan Forgiveness are seeing 99% rejection rates.

Johnson called for federal student loan debt up to $50,000 be forgiven on an individual basis and tax credits provided up to $50,000 for debt already paid. He said the idea developed after joining the administration and discovering the difficulties borrowers were facing with their student loans. The plan would cost an estimated $925 billion, according to Johnson.

Johnson’s position on cancelling student debt is similar to student loan forgiveness plans announced by Democratic presidential candidates Bernie Sanders (I-VT) and Elizabeth Warren (D-MA) — while sharply at odds with the Trump administration, the Republican party, and specifically his own boss, Betsy DeVos.

“Their proposals are crazy,” DeVos said during an interview on Fox News, referring to Democrats’ proposals on student loan cancellation.

“Who do they think is actually going to pay for these? It’s going to be two of the three Americans that aren’t going to college paying for the one out of three that do … Let’s look at this for what it really is: A federal takeover of higher education.”

Johnson, who was appointed by DeVos in 2017 as the chief operating officer of Federal Student Aid (FSA), said back then that he was “the right person to modernize the FSA for the 21st Century.” He later moved on to the strategy role.

Members of Congress had previously flagged his position — along with a few others in the DOE — as having “deep ties to the financial industry,” which could present conflicts of interest.

Johnson had been the founder, chairman and CEO of First Performance Corporation, which was a global payment card technology platform. He has also been with VISA, Deloitte, among others.

The Macon, Georgia native now has a bigger goal in sight. He announced his plan to run for the U.S. Senate seat in his state that was recently made vacated by Sen. Johnny Isakson (R-GA).

“I intend to follow Senator Isakson’s example as a conservative Republican who is able to work across the aisle in Congress,” Johnson said.

I am not sure what to make of Johnson but I support the idea of student loan forgiveness especially for those who can show need.