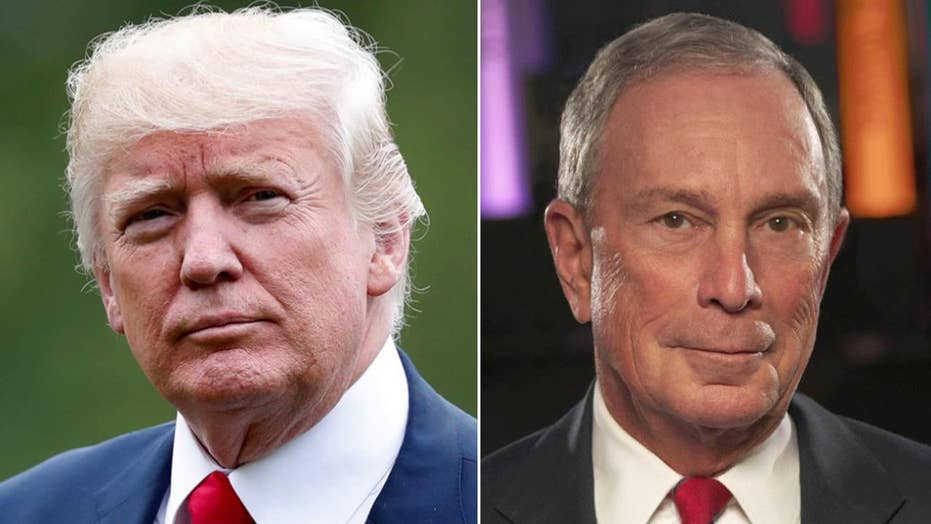 “Uh, very little,” Trump told Fox News host Sean Hannity, when asked about Bloomberg. “I just think of little. You know, now he wants a box for the debates to stand on. OK, it’s OK. There’s nothing wrong. You can be short.”

“The president is lying,” she said in a statement. “He is a pathological liar who lies about everything: his fake hair, his obesity, and his spray-on tan.”

Trump went on to criticize the Democratic National Committee for its new rules for the Feb. 19 primary debate, which will no longer require candidates to meet a donor threshold to participate. Past Democratic debates have required participants to have hundreds of thousands of donors, and some candidates have not made the debate stage as a result. Bloomberg, one of the wealthiest people on the planet, is funding his own late-entry campaign and is not seeking donors.

“The other thing that’s very interesting,” Trump told Hannity, “Cory Booker and all these people couldn’t get any of the things that Bloomberg is getting now. I think it’s very unfair for the Democrats. But I would love to run against Bloomberg. I would love it.”

We have not seen the end of this verbal “boxing” match.  It is also good to see the Bloomberg campaign give as well as take.