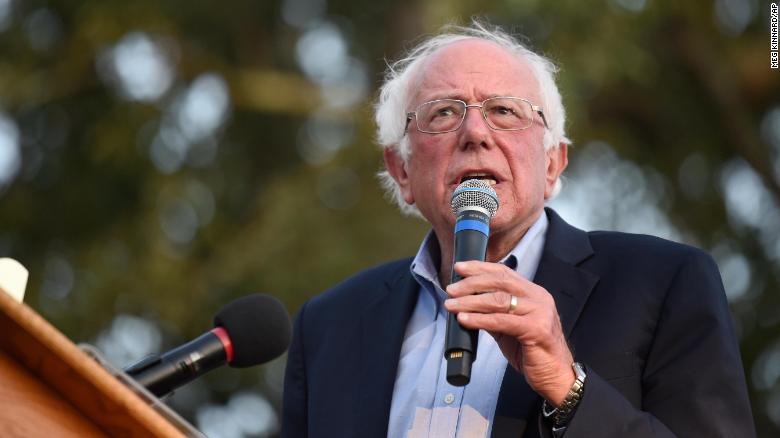 Bernie Sanders’ presidential campaign announced yesterday that the Senator had a heart attack earlier this week.  As reported by the New York Times and the Associated Press.

“Mr. Sanders, 78, had entered the hospital on Tuesday night after experiencing chest pain at a campaign event, and doctors had inserted two stents in a blocked artery, a relatively common procedure. But the campaign did not confirm that Mr. Sanders had had a heart attack until Friday, inviting questions about his condition, and his campaign’s transparency, as he remained off the campaign trail this week.

Television cameras filmed Mr. Sanders as he left the hospital Friday, waving to onlookers and pumping a fist, then driving off in a sport utility vehicle. He will remain in Las Vegas on Friday night and return to his home in Burlington, Vt., on Saturday, campaign officials said.

“After two and a half days in the hospital, I feel great, and after taking a short time off, I look forward to getting back to work,” Mr. Sanders said in a statement.

While much of the conversation in the Democratic race has centered on issues like health care and student debt, Mr. Sanders’s heart attack is likely to heighten scrutiny on age in a primary where the top candidates are all in their 70s. In addition to Mr. Sanders, former Vice President Joseph R. Biden Jr. is 76 and Senator Elizabeth Warren is 70. President Trump is 73.

But if Mr. Sanders has, until this week, largely avoided questions about his health — he has projected an image of fitness as a candidate and has maintained a blistering schedule on the campaign trail — the spotlight is now squarely on him. The ages of the current leaders notwithstanding, many Democratic voters have expressed discomfort with nominating a septuagenarian candidate, a notion that some political strategists say Mr. Sanders’s heart attack is unlikely to dispel.

“Running for president is a physical and emotional trial, and the presidency itself is even more demanding,” said David Axelrod, a former top adviser to President Barack Obama. “While we all wish Senator Sanders well, this has to be a big flashing light for him. And given his age, it may be for some voters, as well.”

I think Mr. Axelrod has this right!