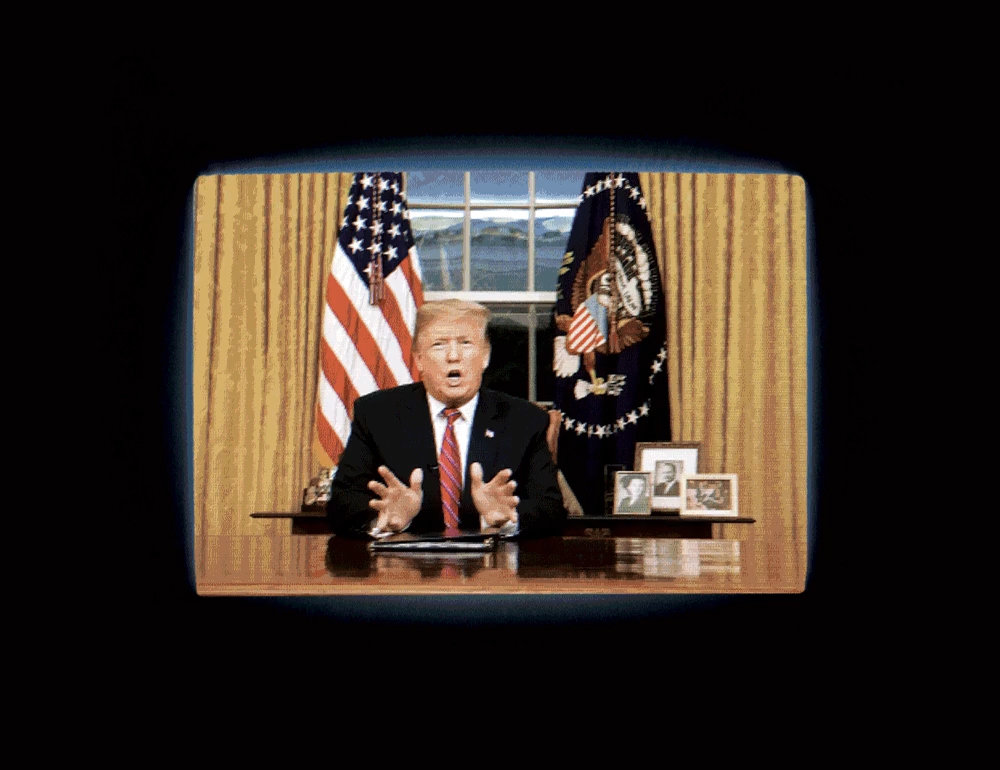 James Poniewozik, the chief television critic for the New York Times, had an op-ed yesterday describing Donald Trump as someone who is basically playing a TV character with the American presidency.  To analyze and understand him, you need to approach him as a TV critic.  Here is an excerpt:

“On Sept. 1, with a Category 5 hurricane off the Atlantic coast, an angry wind was issuing from the direction of President Trump’s Twitter account. The apparent emergency: Debra Messing, the co-star of “Will & Grace,” had tweeted that “the public has a right to know” who is attending a Beverly Hills fund-raiser for Mr. Trump’s re-election.

“I have not forgotten that when it was announced that I was going to do The Apprentice, and when it then became a big hit, Helping NBC’s failed lineup greatly, @DebraMessing came up to me at an Upfront & profusely thanked me, even calling me ‘Sir,’ ” wrote the 45th president of the United States.

It was a classic Trumpian ragetweet: aggrieved over a minor slight, possibly prompted by a Fox News segment, unverifiable — he has a long history of questionable tales involving someone calling him “Sir” — and nostalgic for his primetime-TV heyday. (By Thursday he was lashing Ms. Messing again, as Hurricane Dorian was lashing the Carolinas.)

This sort of outburst, almost three years into his presidency, has kept people puzzling over who the “real” Mr. Trump is and how he actually thinks. Should we take him, to quote the famous precept of Trumpology, literally or seriously? Are his attacks impulsive tantrums or strategic distractions from his other woes? Is he playing 3-D chess or Rock ’Em Sock ’Em Robots?

This is a futile effort. Try to understand Donald Trump as a person with psychology and strategy and motivation, and you will inevitably spiral into confusion and covfefe. The key is to remember that Donald Trump is not a person. He’s a TV character.

I mean, O.K., there is an actual person named Donald John Trump, with a human body and a childhood and formative experiences that theoretically a biographer or therapist might usefully delve into someday. (We can only speculate about the latter; Mr. Trump has boasted on Twitter of never having seen a psychiatrist, preferring the therapeutic effects of “hit[ting] ‘sleazebags’ back.”)

But that Donald Trump is of limited significance to America and the world. The “Donald Trump” who got elected president, who has strutted and fretted across the small screen since the 1980s, is a decades-long media performance. To understand him, you need to approach him less like a psychologist and more like a TV critic.”

There is lot of truth in what Poniewozik says but there are other forces driving Trump beyond being a TV star.  He is a ruthless con man who will do anything to make a buck and is using the presidency to line his own and his family’s pockets now and when he leaves office which hopefully will be in 2021.