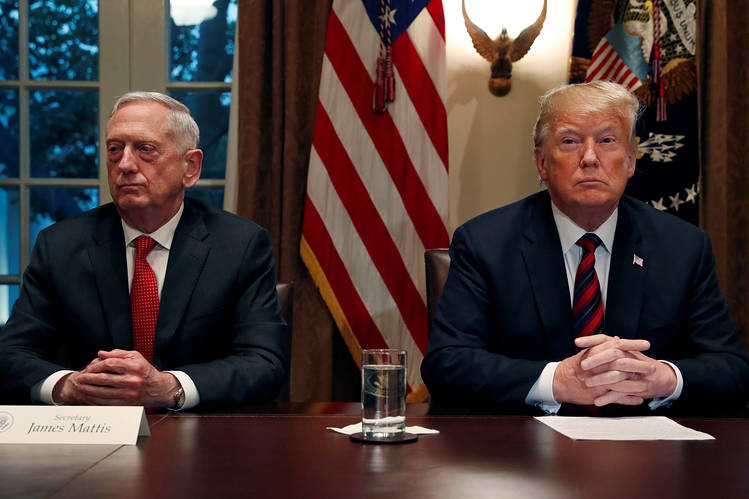 New York Times columnist, David Brooks, has a piece today comparing Former United States Secretary of Defense Jim Mattis and President Donald Trump.  His conclusion is that Mattis is everything that Trump wishes he were.  Here is an excerpt:

“In the first few months of his presidency, Donald Trump surrounded himself with a certain sort of ramrod military man: John Kelly, Michael Flynn, H.R. McMaster and Jim Mattis. These men had or appeared to have the kind of manly virtues and bearing that Trump likes to see in himself: courage, toughness, combativeness.

But when you look at how someone like, say, Jim Mattis forged his character, you realize that he is actually the exact opposite of Trump. Mattis built strengths and virtues through the steady application of intense effort over decades. Trump is a man who has been progressively hollowed out by the acid of his own self-regard.

The contrast between how these two men were forged is so stark that it throws into relief how character is and isn’t formed.

Mattis barely mentions Trump in his new book, Call Sign Chaos, and doesn’t describe what must have been one of the truly challenging tasks of his life — working under Trump without getting tainted.

He didn’t write about Trump because he didn’t want to undermine the people still working inside the administration. But, he told Jeffrey Goldberg of The Atlantic: “There is a period in which I owe my silence. It’s not eternal. It’s not going to be forever.”

Like Goldberg, I think it would be proper for Mattis to end his silence about Trump before the next election. Voters need his firsthand perspective to make a judgment about the fitness and character of the commander in chief.”

End your silence, Mr. Mattis.  The country needs to hear what you have to say.