Showing grit, guts, and confidences, the American women’s soccer team outlasted the Netherlands 2-0 in yesterday’s World Cup final. The game changed on a Megan Rapinoe penalty kick in the 61st minute before Rose Lavelle added a brilliant goal in the 69th. It was a final that was tough, hard-fought, even bloody at times.  When the game ended,  the victory was not just their fourth World Cup overall, and second consecutive, but very possibly the title as the greatest women’s soccer team of all time.  As reported by the New York Times and Yahoo News.

“They never trailed. They outscored their seven opponents 26-3. They never needed a second of extra time. They led an astounding 442 out of 630 minutes (70.2 percent of the time, a number that may defy belief from future soccer historians).

Essentially, they did everything they promised they would and believed they could when they arrived here and declared that due to their depth of talent they had the first and second best teams in the world.

The Dutch were a game opponent, physical and determined, the reigning European champions. Yet the talent difference on the field was marked. They became just another team for the U.S. to steamroll in a tournament that saw the Americans defeat the teams ranked third, fourth, eighth, ninth and 13th in the world.

The Americans have fielded some all-time great squads, but none can match this level, let alone the sheer depth of ability. In a sport that grows by leaps and bounds every World Cup cycle, they completely overwhelmed this tournament, only mildly pressed by France late in a quarterfinal and England in the semis. Even then, they were at risk of an even scoreboard, not in need of a comeback.

This was a complete show of strength by the United States, a sign of how the country has so many superior athletes playing youth soccer that coach Jill Ellis has an embarrassment of riches to pick from.

“It’s important that our team has confidence,” Ellis said early in the tournament. “I don’t think in any way this is an arrogant team. I think this team knows they have to earn everything, that we’ve got tough opponents like we played the other night still ahead of us and we have to earn every right to advance in this tournament.”

As long as their focus never wavered, neither would the results.

Declaring this the greatest team in history isn’t an affront to the World Cup champions of 1991 and 1999. It is, instead, their legacy. They spawned not just a generation of girls who flocked to the sport (see note below), but the infrastructure of youth leagues and U.S. Soccer development that could handle them, nurture them and turn them into a winning group.

The 2015 World Cup champions were very good, but they weren’t this good, they didn’t control the tournament this easily.

As much as there is endless discussion of the soccer world, which is just now caring about the women’s game, catching up to the Americans, it never really panned out. These other countries, especially the seven European teams that joined the U.S. in the quarterfinals, are all better than ever.”

The Americans are too!

Note:  My granddaughter, Ali, went to a soccer camp a couple of years ago that was sponsored by Megan Rapinoe. 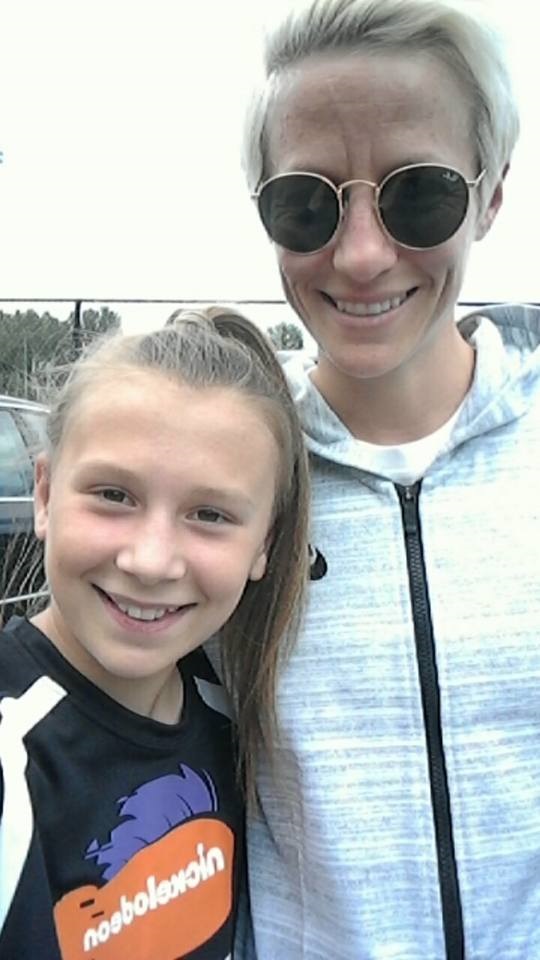