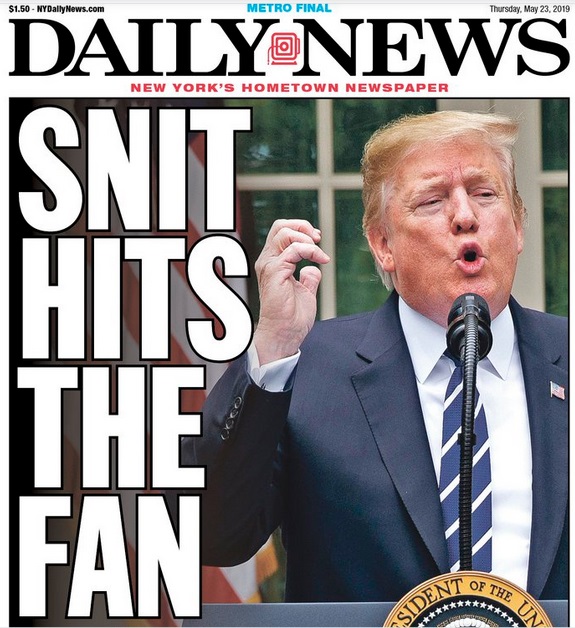 The New York Daily News commented on  Donald Trump’s wild Wednesday when the President stomped out of a meeting with Nancy Pelosi and other Democrats and did an impromptu press conference moaning about how he would no longer conduct any business with them.

The Daily News has a penchant for repeatedly going after the President with a series of blistering front pages and today was no different when it used a photograph of Trump during his Rose Garden press conference with the headline: “The Snit Hits the Fan.”

Trump held the unscheduled briefing, complete with a podium bearing the statements “No Collusion” and “No Obstruction,” after he walked out of a three-minute meeting on infrastructure with Congressional Democrats. He again railed against talk of impeachment and special counsel Robert Mueller’s investigation into Russian interference in the 2016 election and possible Trump campaign collusion.

The Daily News likes to take aim at Trump.  Possibly the best was his disappointment of not getting funding to build a wall on the U.S.-Mexico border (see below). 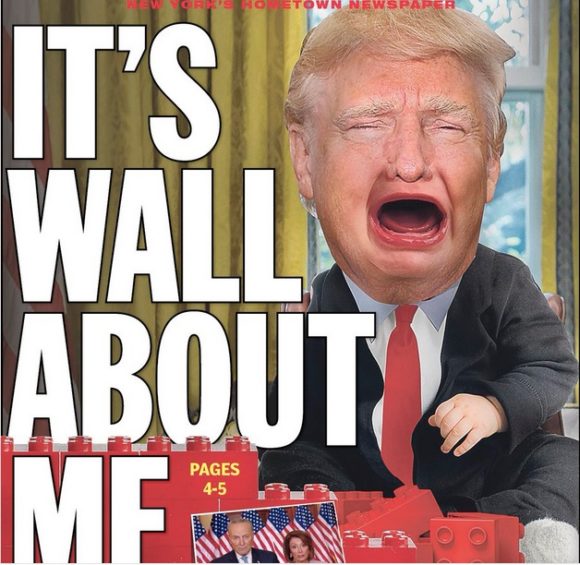