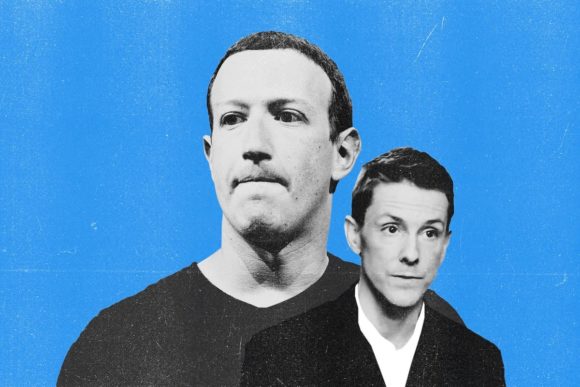 Chris Hughes, a co-founder of Facebook, had a lengthy op-ed yesterday calling for the breakup of Facebook and its subsidiaries namely, Instagram and WhatsApp.  Hughes reviews his relationship with Mark Zuckerberg, the history of Facebook and its recent public relations problems.  He then goes into a description of how to breakup the behemoth company.  He writes:

“Facebook would have a brief period to spin off the Instagram and WhatsApp businesses, and the three would become distinct companies, most likely publicly traded. Facebook shareholders would initially hold stock in the new companies, although Mark and other executives would probably be required to divest their management shares.

Until recently, WhatsApp and Instagram were administered as independent platforms inside the parent company, so that should make the process easier. But time is of the essence: Facebook is working quickly to integrate the three, which would make it harder for the F.T.C. to split them up.”

Some economists are skeptical that breaking up Facebook would spur that much competition, because Facebook, they say, is a “natural” monopoly. Natural monopolies have emerged in areas like water systems and the electrical grid, where the price of entering the business is very high — because you have to lay pipes or electrical lines — but it gets cheaper and cheaper to add each additional customer. In other words, the monopoly arises naturally from the circumstances of the business, rather than a company’s illegal maneuvering. In addition, defenders of natural monopolies often make the case that they benefit consumers because they are able to provide services more cheaply than anyone else.

Facebook is indeed more valuable when there are more people on it: There are more connections for a user to make and more content to be shared. But the cost of entering the social network business is not that high. And unlike with pipes and electricity, there is no good argument that the country benefits from having only one dominant social networking company.

Still others worry that the breakup of Facebook or other American tech companies could be a national security problem. Because advancements in artificial intelligence require immense amounts of data and computing power, only large companies like Facebook, Google and Amazon can afford these investments, they say. If American companies become smaller, the Chinese will outpace us.

While serious, these concerns do not justify inaction. Even after a breakup, Facebook would be a hugely profitable business with billions to invest in new technologies — and a more competitive market would only encourage those investments. If the Chinese did pull ahead, our government could invest in research and development and pursue tactical trade policy, just as it is doing today to hold China’s 5G technology at bay.

The cost of breaking up Facebook would be next to zero for the government, and lots of people stand to gain economically. A ban on short-term acquisitions would ensure that competitors, and the investors who take a bet on them, would have the space to flourish. Digital advertisers would suddenly have multiple companies vying for their dollars.

Even Facebook shareholders would probably benefit, as shareholders often do in the years after a company’s split. The value of the companies that made up Standard Oil doubled within a year of its being dismantled and had increased by fivefold a few years later. Ten years after the 1984 breakup of AT&T, the value of its successor companies had tripled.

But the biggest winners would be the American people. Imagine a competitive market in which they could choose among one network that offered higher privacy standards, another that cost a fee to join but had little advertising and another that would allow users to customize and tweak their feeds as they saw fit. No one knows exactly what Facebook’s competitors would offer to differentiate themselves. That’s exactly the point.”

Mr. Hughes comments are drawing attention.  However, it is difficult to imagine the federal government taking on Facebook.  I see fines coming but not a breakup in the immediate future.