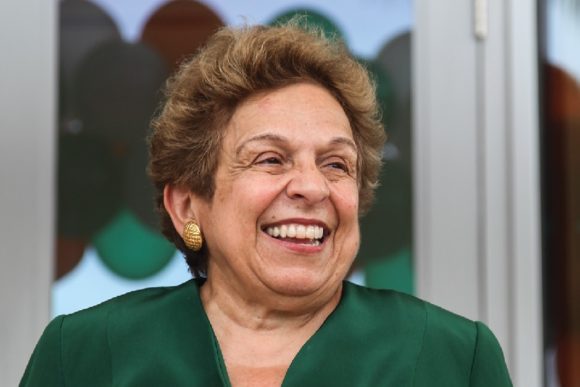 The New York Times has a featured article this morning entitled, Too Old to Be a Freshman in Congress? Donna Shalala Doesn’t Care, on recently-elected Donna Shalala, who will be the oldest freshman representative  in the new Congress.   After describing her background and qualifications which are impeccable, the article focuses on her feisty and can-do qualities.  Here is an excerpt:

“Taking office a little over a month before her 78th birthday, Ms. Shalala, who once presided over a sprawling bureaucracy and budget as secretary of health and human services, will take on a new role: the oldest freshman in her class and one of the oldest true freshmen in congressional history. (Representative James Bowler of Illinois, elected at 78 in 1953, still maintains the distinction of being the oldest first-term freshman.)

“Do they see her skill set as an asset or is she sort of dismissed as the old guard who’s out of touch with how the world is now?” asked Scott Klug, a former Wisconsin Republican representative who introduced Ms. Shalala at her 1992 cabinet confirmation hearing. He answered, “Donna, just by the force of her personality, will have a presence.”

In a freshman class where some first-time candidates may be reluctant to transition to governing, Ms. Shalala is unlikely to Instagram her way through office, like Representative-elect Alexandria Ocasio-Cortez of New York, or joust with Twitter trolls the way Representative-elect Ilhan Omar of Minnesota does. (She does maintain accounts on both platforms.)

The newcomers may come to value the woman nicknamed Hurricane Donna, who wrestled with a Republican Congress and spent years testifying before the senior lawmakers she now calls colleagues. But in the meantime, the adjustment could well be brutal for someone who has led staffs of thousands and controlled budgets of millions, or even billions.”

…Ms. Shalala, who weathered a surprisingly competitive primary challenge and general election race, understands the persistent disbelief from both Republicans and Democrats over her decision to run. (“I got pissed off,” she says, watching President Trump doing something — she can’t remember what, but something — on TV.)

And she concedes that her new junior status will be a challenge.”

I had the pleasure of working with her in the 1980s when she was the president of Hunter College. She was one of the finest administrators with whom I had ever worked.  She was also one of the few college presidents who could both lead and manage. She will be more than up for the challenge.