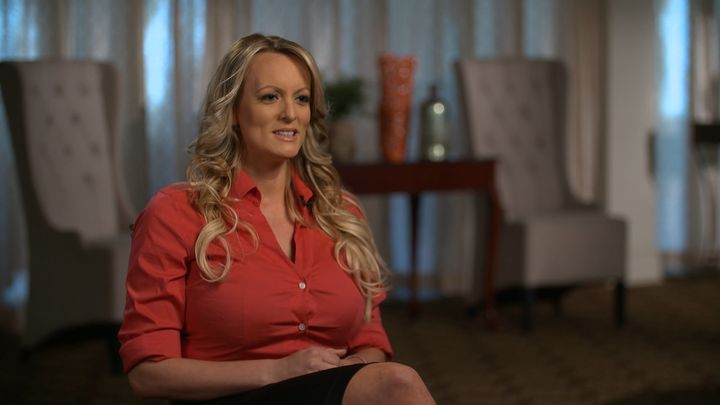 CBS’s 60 Minutes scored a ratings bonanza last night as a result of Anderson Cooper’s interview with Stormy Daniels.  Nielsen ratings indicate that it was the highest rated 60 Minutes program in over ten years.  As reported by The Huffington Post:

“60 Minutes” viewers are more interested in alleged sex scandals involving President Donald Trump than they once were in his thoughts about winning the election ― or so the Nielsen ratings released Monday suggest.

Former adult film actress Stormy Daniels’ Sunday night interview about her alleged affair with Trump more than 10 years ago scored the CBS news magazine its highest ratings in nearly a decade, even beating out its late 2016 interview with Trump.

By comparison, the post-election interview with Trump and his family was viewed by 20 million people. But that interview, the first major sit-down that he gave after his victory, may have lost some viewers due to its nearly half-hour delay in several large markets, including New York, Chicago and Washington, D.C., Variety noted at the time.

In her highly anticipated sit-down with Anderson Cooper, Daniels shared details of the consensual affair she said she and Trump had in 2006 and 2007. She is currently suing him over the validity of a nondisclosure agreement she signed shortly before the 2016 election that was designed to prevent her from discussing their relationship.

Daniels went over much of the same ground that she’d previously shared with In Touch. Although she spoke to the tabloid magazine in 2011, In Touch did not publish that interview until this January.

She revealed for the first time on Sunday that when details of the affair began leaking out in 2011, an unidentified man approached and threatened her.

“I was in a parking lot, going to a fitness class with my infant daughter,” Daniels said. “And a guy walked up on me and said to me, ‘Leave Trump alone. Forget the story.’ And then he leaned around and looked at my daughter and said, ‘That’s a beautiful little girl. It’d be a shame if something happened to her mom.’ And then he was gone.”

The president has not commented on the “60 Minutes” interview, but he did send out a tweet Monday morning vaguely denouncing “so much Fake News” and saying it’s “never been more voluminous or more inaccurate.”

I saw the interview and thought she was believable. I think we will see more of Ms. Daniels and her attorney, Michael Avenatti,  who said this morning that he and his client are not going away soon.