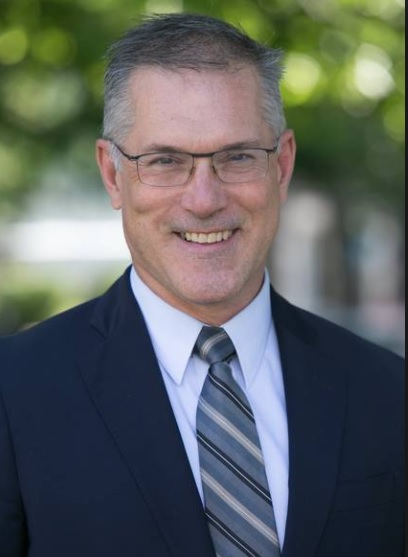 CUNY Chancellor J.B. Milliken last night announced that Dr. Vincent Boudreau will be the new president of City College (CCNY).  Dr. Boudreau has served  CCNY as Dean of the Colin Powell School for Civic and Global Leadership, a highly respected school named for CCNY alumnus, former Secretary of State Colin Powell. He has also served during this past year as CCNY’s Interim President.  Below is Chancellor Milliken’s announcement.

During the past year, The City University of New York has conducted a thorough search for a new president of The City College of New York. I am very grateful to Chairperson Schwartz and the members of the search committee, who devoted considerable time and effort to the recruitment and review of candidates. After conducting interviews and reviewing the many comments from those involved in the process, I continued to consult with the search committee as well as with the additional faculty and academic administrators involved before reaching a decision on my recommendation to the Board of Trustees. I am deeply appreciative of the thoughtful contributions from the committee, faculty, staff, students, alumni, and members of the community, which have helped lead to this decision—one that I am convinced is clearly in the best interests of the College.

At today’s meeting of the Board of Trustees, I recommended that the Board appoint Dr. Vincent Boudreau, a respected member of the City College community for 26 years, as the next president of The City College of New York, and the Board approved that recommendation. My work with Dr. Boudreau over the last year, and the support he received from faculty, students, staff, alumni, and the community provide compelling evidence that he is the right leader to preside at this important time in City College’s history, with a vigorous commitment to its mission, a deep knowledge of its academic and social traditions and a spirit of unwavering integrity.

Since November 2, 2016, Dr. Boudreau has been serving as interim president of City College, and he has done an outstanding job of bringing transparency and integrity to the leadership of CCNY. Dr. Boudreau held open discussions on the budget and fiscal challenges facing CCNY with candor, honesty and a necessary sense of urgency, he made critical changes in processes and personnel, and he led the campus in important conversations about its future priorities and direction. As Interim President, Dr. Boudreau restored a sense of stability while soliciting and respecting the interests of the College’s stakeholders.

Dr. Boudreau has embraced fully the University efforts to increase fiscal oversight and improve transparency and accountability. Despite the obvious limitations on the authority of any interim leader to make permanent changes and to implement a vision for the future, Dr. Boudreau aggressively advocated for City College and has taken many important steps to advance its fundamental interests. He is an accomplished scholar in the field of democratic movements in Southeast Asia, and he has been a creative and vigorous leader in guiding the College’s outstanding Colin Powell School for Civic and Global Leadership. He is passionate about City College, the success of its students and supporting the professional aspirations of its faculty.

It became clear to me that Dr. Boudreau not only has the experience, academic capabilities and leadership skills to be a highly successful president, he has demonstrated this to many of the stakeholders of the College, including the college’s proud and committed alumni, donors and community leaders. In the process, he has won their trust and confidence. I am delighted and encouraged that our search has brought us back home to a candidate who has established over decades his commitment to CCNY.

Dr. Boudreau started his career at CCNY in 1991 as an assistant professor, two years before receiving his PhD from Cornell University in Comparative Politics and International Relations. Recognition of his role as a mentor and leader came swiftly. He was named Director of the College’s Master’s Program in International Relations in 1992. In 1999, he was appointed the Director of the International Studies Program and, just a year later, was made Deputy Dean of the Division of Social Sciences, when he was also made an Associate Professor.

It gives me great pleasure to see Dr. Vincent Boudreau named president of The City College of New York. I look forward to his leadership with great enthusiasm, expectation and confidence.

The City University of New York