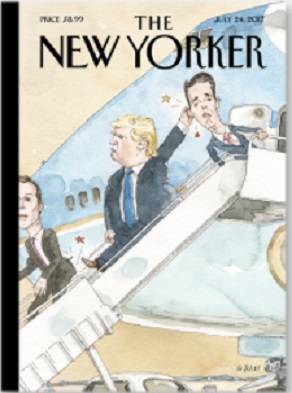 In light of  Donald Trump Jr.’s  meeting with a Russian lawyer and subsequent misstatements, the New Yorker magazine gave a sneak preview of its cover for next week.   It’s titled ‘Grounded’ and shows a seemingly agitated President Trump pulling Donald Trump Jr. by the ear as they are getting off Air Force One.