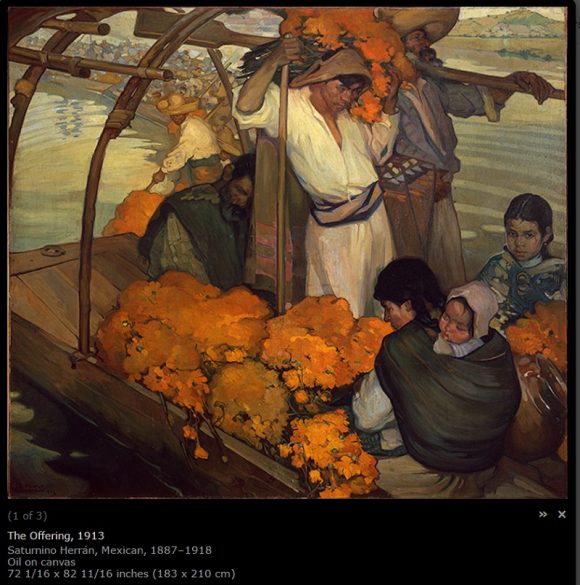 Yesterday, Elaine and I spent the day in Philadelphia at the   “Paint the Revolution: Mexican Modernism, 1910-1950” Exhibit.”  On display at the Philadelphia Museum of Art, this is one of the great shows of the year.  For those of us who like Mexican Modernism, the 200 pieces are a must see. It shows the evolution of both the modern art style and subject matter during the first half of the 20th century.  All of the great Mexican modernists are on display.  The Sequeiros room at the end of the exhibit was an incredible sample of his talent and work.

“From the start of the Mexican Revolution in 1910 to the aftermath of World War II, artists and intellectuals in Mexico were at the center of a great debate about their country’s destiny. The exhibition tells the story of this exhilarating period through a remarkable range of images, from masterpieces by Diego Rivera, José Clemente Orozco, David Alfaro Siqueiros, Frida Kahlo, and Rufino Tamayo to transfixing works by their contemporaries Dr. Atl, María Izquierdo, Roberto Montenegro, Carlos Mérida, Manuel Álvarez Bravo, and many others.

Paint the Revolution offers a deep look at the forces that shaped modern art in Mexico, the progress of which was closely watched around the world. The exhibition takes its name from an impassioned essay by American novelist John Dos Passos, who saw Mexico’s revolutionary murals during a visit to Mexico City in 1926–27.

The Philadelphia Museum of Art presents this landmark exhibition in partnership with the Museo del Palacio de Bellas Artes in Mexico City. Drawn from US and Mexican collections, it is the most comprehensive exhibition of Mexican modernism to be shown in the United States in more than seven decades.”

Congratulations to Matthew Affron, the Muriel and Philip Berman Curator of Modern Art at the Philadelphia Museum, for bringing this work to the United States. 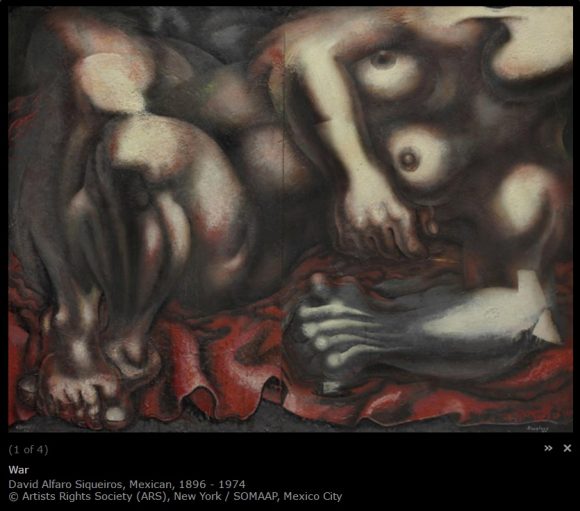