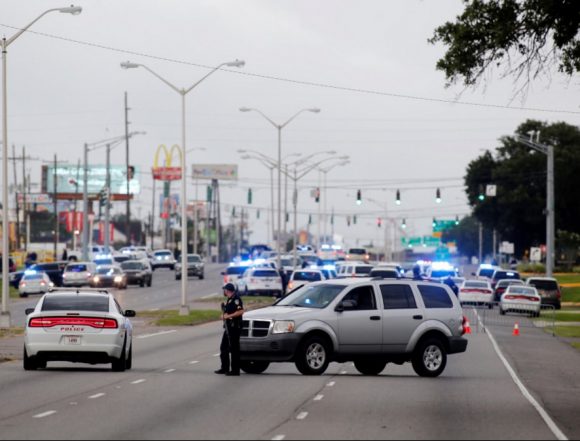 By now most of you have heard that three policemen were shot to death in Baton Rouge this morning by a gunman who probably acted alone.  Every other day, there is some tragedy that is going on in the world where innocents are killed.  In the space of few days, we have had more than eighty people mowed down by a truck in Nice, an aborted coup in Turkey where hundreds of people were killed, and now policemen murdered in Baton Rouge.  Different countries and different circumstances.

In Baton Rouge, the gunman was identified as Gavin Long of Kansas City, Missouri, a US Marine veteran who was a data specialist and served one tour in Iraq.  Local and national government leaders are calling for calm and sympathy for the victims.  The sheriff in the Louisiana parish where the killings occurred said in an interview that “all of us need to look in our hearts to solve our problem.  It is not a black problem or a white problem, it is our problem.”