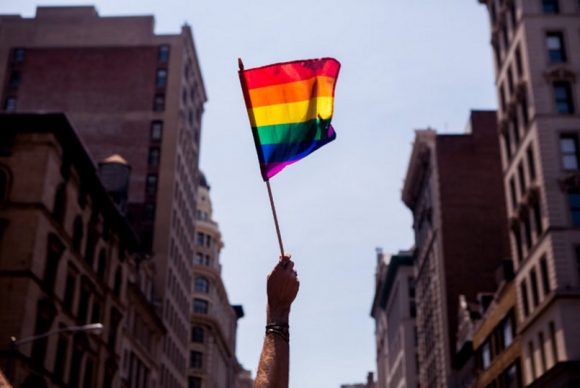 “The New York City gay pride march on Sunday reflected the event’s evolution over more than four decades from a defiant protest by a marginalized community into a freewheeling day that included a presidential candidate and other political leaders, floats from major corporations and a diverse crowd that extended beyond members of the city’s lesbian, gay, bisexual and transgender community. (The New York Police Department’s marching band was there, too, and played “Y.M.C.A.,” by the Village People.)

But the numerous tributes to the shooting victims in Orlando, including a float at the front of the march carrying the owner of the club, served as a reminder of the parade’s history as a moment each year for the gay community to celebrate its identity in the face of violence and adversity.

“It’s a much more emotional day for me than just a parade,” said Michael Leb, 76, who teared up as he reflected on a time, not that long ago, when there was less acceptance of gay people and some companies would not hire them, much less march with them.

The theme this year was “Equality Needs You.” The world now is different from the one in which the first march took place, in 1970, called Christopher Street Liberation Day and held a year after the rebellion prompted by police harassment at the Stonewall Inn. (In a signal of that evolution, President Obama declared the bar, in Greenwich Village, and the area surrounding it a national monument and, with it, created a unit of the National Park Service dedicated to the gay rights movement.)

“Whenever we talk about New York values, we’re talking about respect and inclusion of all people,” Mayor Bill de Blasio, a Democrat, told reporters before the parade. “This will not just be a celebration of love but a rejection of hatred. This is New York saying, ‘We believe in tolerance for everyone.” 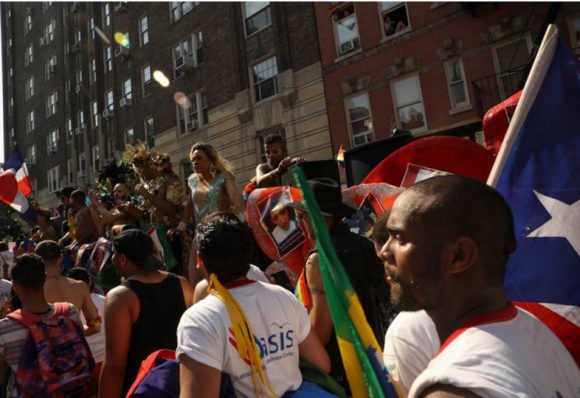