Earlier this evening, Donald Trump canceled a rally at the University of Illinois at Chicago after thousands of demonstrators protested outside and inside the venue.  The protesters carried signs representing students from the University of Illinois, Bernie Sanders supporters, Black Lives Matter, and MoveOn.  As reported by Reuters and other media;

The rally was called off about a half-hour after the scheduled 6 p.m. start time, after thousands of Trump fans and anti-Trump protesters packed into the free event, which required online registration. Thousands more gathered outside, surrounded by a police perimeter, and people became more vocal as the starting time approached.

The rally quickly devolved into chaos and fighting after the cancelation was announced.

“Tonight’s rally will be postponed,” a Trump campaign staffer announced, as a sea of protesters celebrated and tore apart Trump signs inside the university pavilion.

“Mr. Trump just arrived in Chicago and after meeting with law enforcement has determined that for the safety of all the tens of thousands of people that have gathered in and around the arena, tonight’s rally will be postponed for another date,” a statement from the campaign said. “Thank you very much for your attendance, and please go in peace.”

“I have never seen anything like it. It’s amazing,” CNN’s Jim Acosta said. The network said approximately 8,500 people were at the rally.

Trump’s events in recent days have featured numerous instances of violence. Trump has encouraged supporters to attack protesters, saying they should “hit back” more often.

“You can’t even have a rally anymore in this country,” Trump complained on MSNBC shortly after the cancelation. “I just don’t want to see people get hurt.

Ted Cruz in responding to news of the protest, commented that Donald Trump is running “a campaign of violence” and he is not surprised by what has occurred in Chicago. 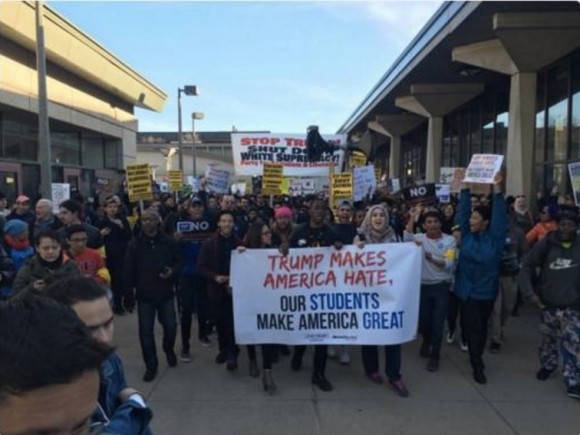 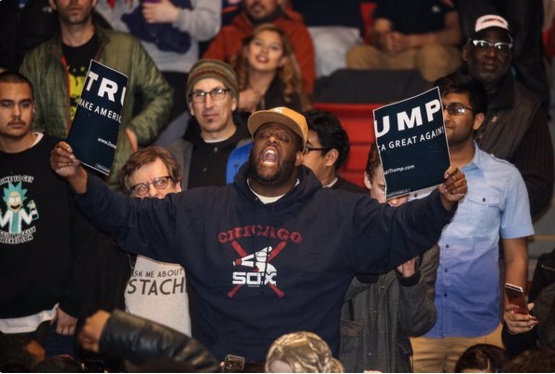 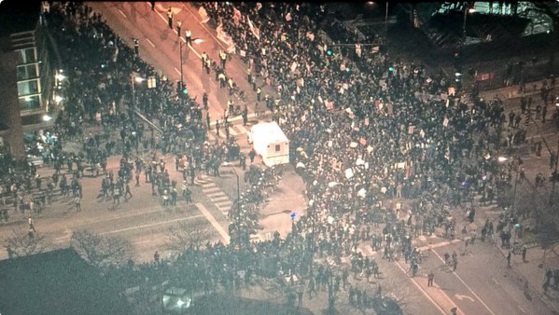