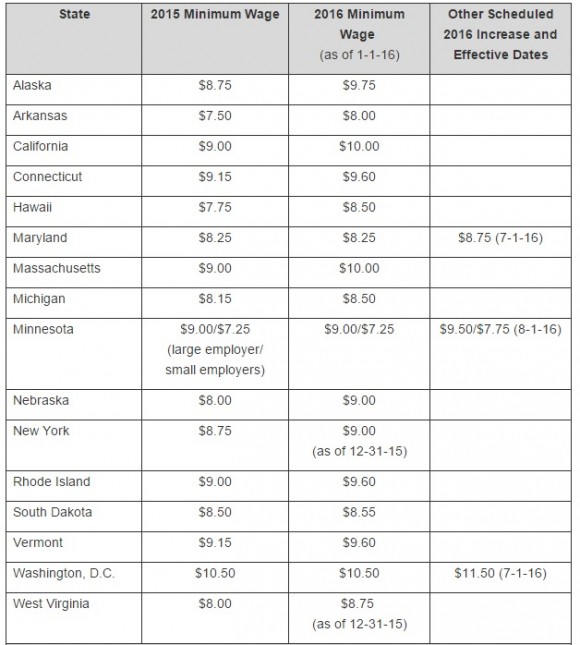 Sixteen states and another twenty municipalities have adopted new minimum wage rates that take effect in 2016.  While the federal minimum wage remains unchanged, a number of states and cities will be hiking local wage rates on Jan. 1. Some are slated for later in the year.

Prior to this year, fewer than half the states had minimum wage rates exceeding the federal rate of $7.25. For the first time, a majority of states will have higher rates than the federal minimum as new laws or indexed increases in existing laws take effect.

Twenty-nine states and the District of Columbia will now have general minimum wage rates above the federal minimum, some of those have scheduled 2016 rate increases, as shown above. The minimum wage in more than a dozen other states—such as Arizona, Colorado, Florida, New Jersey, Ohio, Oregon and Washington—is indexed for inflation and will automatically adjust annually for increases in the cost of living.

While more still needs to be done, this is a positive trend for workers at the lower income rungs of our economy.