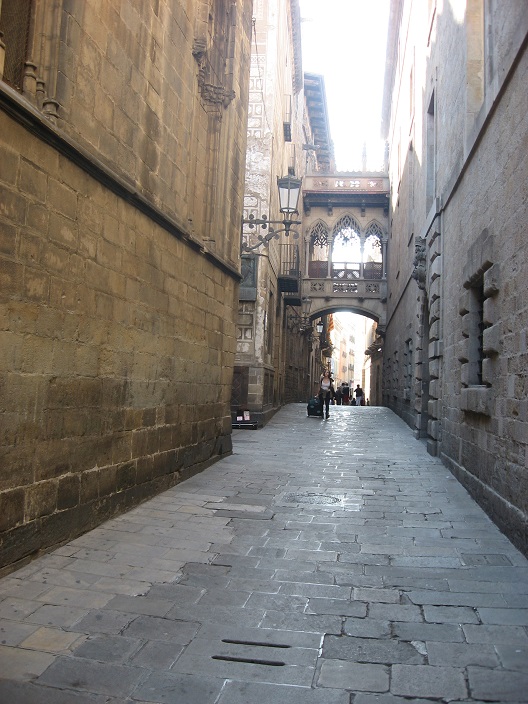 Yesterday, Elaine and I walked the Old City of Barcelona.  Small winding streets and alleys hundreds of years old, all of which are very typical of many other European cities.

In the evening, we went to a Spanish Guitar concert at the Palau de la Musica/Orfeo Catala. The Palau’s art nouveau style is most impressive both inside and out. As described in a brochure, the Palau was built between 1905 and 1908 for the Orfeó Català, a choral society founded in 1891.   The intricately detailed stained glass windows, sculptures, and metalwork of the Palau are a feast for the eyes.  In 1909, it won the architect, Lluís Domènech i Montaner, an award from the Barcelona City Council. Between 1982 and 1989, the building underwent extensive restoration, remodeling, and extension.  In 1997, the Palau de la Música was declared a UNESCO World Heritage Site.  I would add that the acoustics and atmosphere of listening to music in it are a delight. 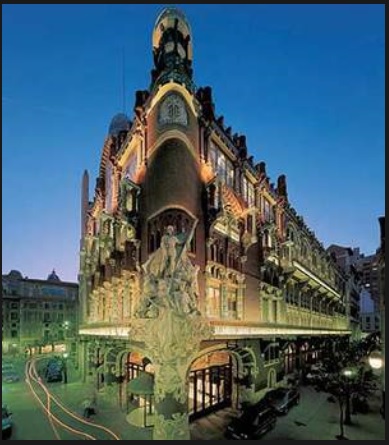