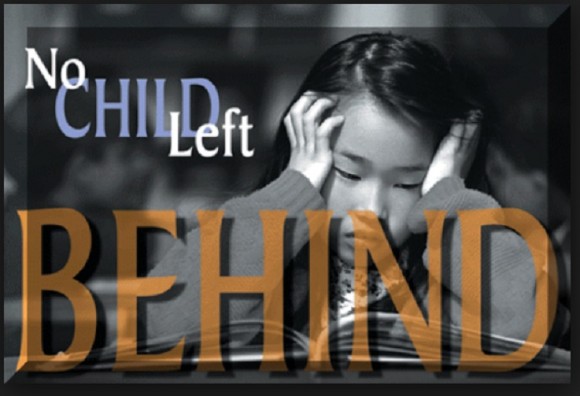 The U.S. House of Representatives continues to work on a rewrite of No Child Left Behind, the signature education policy bill of the George W. Bush administration.  Actually it is formally a reauthorization of President Lyndon B. Johnson’s Elementary and Secondary Education Act.   Senator Lamar Alexander of Tennessee, chairman of the Senate Committee on Health, Education, Labor and Pensions, and Senator Patty Murray of Washington, the ranking minority member, are drafting the rewrite that they expect to have ready next month.  There are many issues associated with the old bill related to standardized testing, federal funding aid, and labeling schools as failing that need to be addressed.   The New York Times has an article today focusing on a number of NCLB issues.  Here is an excerpt:

“No Child Left Behind was a bipartisan effort that was intended to help schools improve reading and math in the third to eighth grades. The law required that every child in the nation be proficient by 2014 in those subjects, as measured by standardized tests. Cascading punishments — beginning with mandated tutoring and going all the way to school takeover — were imposed on schools that failed to make sufficient progress toward this goal.

As Arne Duncan, the education secretary, put it in a speech this year, the law “created dozens of ways for schools to fail and very few ways to help them succeed or to reward success.”

As almost all schools began to fall into the failing category — and a partisan logjam kept Congress from reauthorizing the law when it expired eight years ago — the Obama administration began granting states waivers from its requirements.

Over the past three years, schools in all but a few states have been given waivers, allowing them to show success through measures other than test scores and eliminating the 2014 deadline for universal proficiency.

Those waivers, though, came with conditions. Among them were that states adopt academic standards like the Common Core, which defines what students need to know and be able to do between kindergarten and high school graduation, and that they agree to base teacher evaluations in part on test scores.

Parents have been rebelling against new tests based on the Common Core, and many Republicans, as well as a group from the left, see these requirements as a federal power grab in an area traditionally governed by the states. Those lawmakers are determined to keep the requirements out of the reauthorization. Leading Democrats and many civil rights groups, though, worry about giving too much control back to the states.

“The worry is that if you leave it to the states, they will drop the ball, as they did in the past,” said Martin West, who studies the politics of kindergarten through high school education at the Harvard Graduate School of Education.

No Child Left Behind required the public release of test scores by race, sex, disability and family income. The release of those subgroups’ scores is broadly considered a success, bringing transparency that focused attention on children needing the most assistance, and helping to shrink achievement gaps.”

It remains to be seen how the rewrite of NCLB plays out.  There is hope that something positive will come out of it mainly because of the leadership (Lamar Alexander and Patty Murray) of the House Committee.  Both are moderates not ideologues who have invested time and energy in understanding the complexity of public education issues.