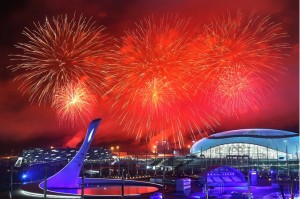 The closing ceremonies at the Sochi Olympic Games were nothing short of spectacular.  They were a rightful and proud celebration of Russian culture,  music, dance, art, and literature through the centuries. The color, pageantry, and special effects were as grand as anything ever seen on television. I thought the NBC commentators could have provided a few more details of the scenes and depictions.  Here is an excerpt from a New York Times reporter:

“They opened with an excerpt from Mussorgsky’s lovely “Pictures at an Exhibition”; featured a children’s choir whose members were drawn from all over Russia; starred a giddy crowd of postcompetition Olympic athletes from various countries, rushing in all at once; and hustled people on and off the stage so rapidly that it was sometimes hard to catch why they had been there at all.

There were references to Kandinsky and to Chagall. There was music by Rachmaninoff, Rubinstein and Vladimir Horowitz. There were ballet dancers. Huge banners depicting some of Russia’s greatest authors — Tolstoy, Gogol, Dostoyevsky, the dissident writer Solzhenitsyn — were displayed as people ran around waving books in the air.

In a charming touch, witty fun was also made of the fact that one of the Olympic rings had malfunctioned during the opening ceremony, leaving an incomplete Olympic insignia of just four rings. This time the Olympic ring pattern was made by performers fanning out across the arena: They opened into the first four rings, waited several minutes and then finally formed the fifth, which was in itself a relief.

There is no doubt that Russia felt it had won a kind of cosmic gold medal during these Games, not least because they seemed to vindicate the grand ambitions of the Russian president, Vladimir V. Putin, whose dream of holding an Olympics here sometimes seemed based more on his own grandiose self-confidence than on reality.

But it worked. After all the fears of terrorist attacks, none materialized.”

Congratulations to Russia and its people for what was accomplished during the two weeks of these games! 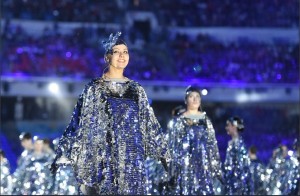 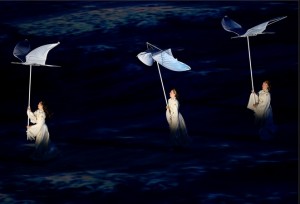 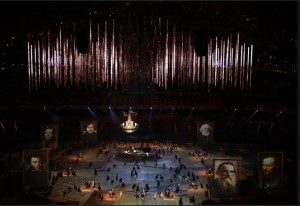 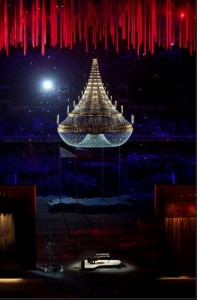 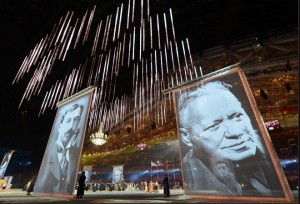 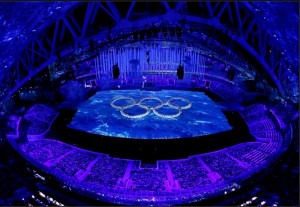