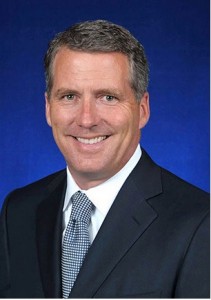 Yesterday, The City University of New York appointed James B. Milliken, from the University of Nebraska as its new chancellor.   The New York Times provided background and reactions to his appointment:

“… onetime New York lawyer and longtime college administrator… Mr. Milliken, 56, the president of the University of Nebraska since 2004, will take over a system that has undergone a spate of recent expansion but is still challenged by large pockets of impoverished and academically lagging students, the overwhelming majority of whom come from the city’s public schools. Mr. Milliken, who will begin his new job by June, will also be taking over a system that is more than five times the size of the one he is leaving, which serves around 50,000 students.

His predecessor at CUNY, Matthew Goldstein, is credited with raising admissions standards, adding thousands of full-time faculty positions and reforming a system that a mayoral task force in 1999 called “an institution adrift.”

Yet Mr. Milliken will confront tensions caused by Dr. Goldstein’s push for common “learning outcomes,” a program set up to help students more easily transfer credits from one CUNY college to another and to decrease the number of core courses some colleges require. The program is opposed by most faculty members who see it as a way to centralize control of the curriculum and, they contend, cut down on instruction.

In a statement issued just before CUNY’s trustees elected Mr. Milliken in a 14-to-0 vote, Barbara Bowen, the president of the union that represents CUNY’s faculty and staff, implored the new chancellor to “listen to the faculty and respect our knowledge” on the issue. Ms. Bowen also took issue with the selection process, noting that the names of finalists were not made public.

Benno C. Schmidt Jr., the board of trustees chairman, said the selection committee considered more than 50 candidates and interviewed about a dozen.

In a statement, Mr. Milliken said he was “honored” to lead the country’s “premier urban public university.” He said he hoped to build on the system’s achievements, but provided no policy proposals.

“CUNY today has a world class faculty, talented students, an outstanding reputation, rising enrollments, increased academic standards and the most diverse student body in the nation,” he said.

Mr. Milliken’s annual compensation will total $670,000, not including the use of a car and residence, officials said. Dr. Goldstein earned $579,295, though many other presidents at large universities made seven-figure packages in recent years.

Mr. Schmidt said Mr. Milliken had declined several offers from prominent universities that were “far better compensated.” People who know Mr. Milliken said he had recently expressed enthusiasm for addressing the thorny issues CUNY has often wrestled with, and for returning to a city where he attended law school; met his wife, Nana Smith; and worked for several years.

Matt Joeckel, a professor at the University of Nebraska who is a member of the faculty senate, said he was sad to see Mr. Milliken go. “I never felt anything but confidence in his leadership,” he said. “He certainly spoke plainly and cordially and respectfully to the faculty senate.”

Molly Broad, who was the president of the University of North Carolina system when she hired Mr. Milliken to work there in 1998, called him “politically astute,” citing how he led an effort in 2000 to raise money for the university, including working to see a $3.1 billion bond referendum passed by voters.

Mr. Milliken grew up in Fremont, Neb., and graduated from the University of Nebraska.”

I contacted a colleague of mine, Mary Niemiec, at the University of Nebraska, who said he was “great”.

We wish him well!