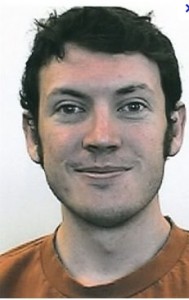 News sources have been airing all day the story of a gunman who killed twelve people and injured fifty-nine in a shooting spree in an Aurora, Colorado movie theater.   The gunman, James Holmes (pictured above), has been identified as a doctoral student, studying neuroscience at the University of Colorado, Denver.  The tragedy took place at a Century 16 Movie Theater that was showing the premiere of the new Batman movie, The Dark Knight Rises.  At the time of this writing, the motive for the killings was unknown. One report stated that Holmes was sporting red hair and told people he was “The Joker” when he was apprehended by police. The suspect has no major criminal record and has not been associated with any cult, terror group or hate organization.

Our hearts and sympathies go out to the families of the victims of another senseless act of violence.