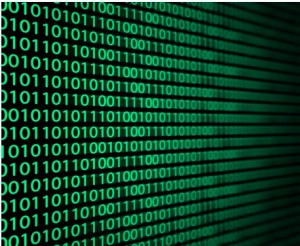 The New York Times has an article on a phenomenon that is taking hold in quantitative analysis.  Generally referred to as “big data’, businesspersons, academicians, and scientists are beginning to take the analysis of large datasets to new levels.  Using techniques generally referred to as analytics, big data applications include tracking customer interests especially at websites such as Amazon.com,  space (as in astronomy) studies, student participation in online course activities, analyzing interactions on social networks, medical data and patient monitoring.

The article specifically mentions big data as a growing area for career opportunities:

“A report last year by the McKinsey Global Institute, the research arm of the consulting firm, projected that the United States needs 140,000 to 190,000 more workers with “deep analytical” expertise and 1.5 million more data-literate managers, whether retrained or hired.

The impact of data abundance extends well beyond business. Justin Grimmer, for example, is one of the new breed of political scientists. A 28-year-old assistant professor at Stanford, he combined math with political science in his undergraduate and graduate studies, seeing “an opportunity because the discipline is becoming increasingly data-intensive.” His research involves the computer-automated analysis of blog postings, Congressional speeches and press releases, and news articles, looking for insights into how political ideas spread.”

Here at the CUNY Graduate Center, several faculty and doctoral students are participating in an exploratory “Data Mining” seminar discussing various techniques associated with big data.  The seminar is  interdisciplinary and being led by colleagues Paul Attewell (Sociology and Urban Education) and Bob Haralick (Computer Science)

Veteran data analysts tell of friends who were long bored by discussions of their work but now are suddenly curious. “The culture has changed,” says Andrew Gelman, a statistician and political scientist at Columbia University. “There is this idea that numbers and statistics are interesting and fun. It’s cool now.”