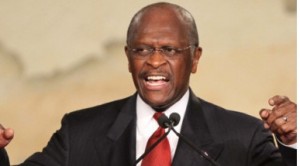 There was much happening in the last couple of days with the Republican Primary.  Most significant was the win by Herman Cain yesterday  in the Florida Straw Poll.   Cain, the former CEO of Godfather’s Pizza, was the surprise winner.   The results were as follows:

It is hard to judge how much these straw polls mean but without a doubt, Cain’s showing has to be considered a problem for the front-runners especially Rick Perry.   Even though she did not campaign in this poll, Michelle Bachmann has to face the reality that her candidacy is in serious trouble.