In honor of April 18th (Tax Filing Day), I posted yesterday about the top-ten American corporations that evade taxes.  Today the AP is reporting that the Internal Revenue Service tracks the tax returns with the 400 highest adjusted gross incomes each year. The average income on those returns in 2007, the latest year for IRS data, was nearly $345 million. Their average federal income tax rate was 17 percent, down from 26 percent in 1992.  The top income tax rate is 35 percent, so how can people who make so much pay so little in taxes?

The nation’s tax laws are packed with breaks for people at every income level. There are so many breaks that 45 percent of U.S. households will pay no federal income tax for 2010, according to estimates by the Tax Policy Center, a Washington think tank.   To be balanced, more than half of the nation’s tax revenue came from the top 10 percent of earners in 2007. More than 44 percent came from the top 5 percent. Still, the wealthy have access to much more lucrative tax breaks than people with lower incomes. 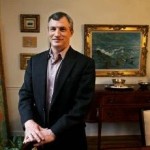 Schoenberg, who inherited money and has a healthy portfolio from his days as an investment banker, has joined a group of other wealthy Americans called United for a Fair Economy. Their goal: Raise taxes on rich people like themselves.