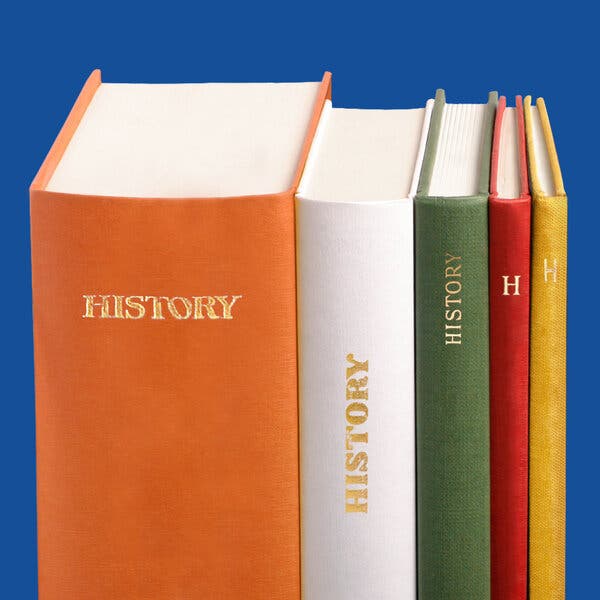 Daniel Bessner, an associate professor at the University of Washington, has a guest essay in today’s New York Times entitled, “The Dangerous Decline of the Historical Profession.” He reviews current controversies in the profession including those related to The 1619 Project and segues into the serious decline of faculty positions in history and the humanities in our colleges and universities.  Here is an excerpt.

“… as Americans fight over their history, the historical profession itself is in rapid — maybe even terminal — decline. [In 2022], the A.H.A. released a “Jobs Report” that makes for grim reading: The average number of available new “tenure track” university jobs, which are secure jobs that provide living wages, benefits and stability, between 2020 and 2022 was 16 percent lower than it was for the four years before the pandemic.

The report further notes that only 27 percent of those who received a Ph.D. in history in 2017 were employed as tenure track professors four years later. The work of historians has been “de-professionalized,” and people like myself, who have tenure track jobs, will be increasingly rare in coming years. This is true for all academic fields, not just history. As Adrianna Kezar, Tom DePaola and Daniel T. Scott note in their book “The Gig Academy,” about 70 percent of all college professors work off the tenure track. The majority of these professors make less than $3,500 per course, according to a 2020 report by the American Federation of Teachers. Jobs that used to allow professors to live middle-class lives now barely enable them to keep their heads above water.

What is to blame? In the past generation the American university has undergone a drastic transformation. To reduce costs, university administrators have dramatically reduced tenure. And as the protections of tenure have withered away, the size of nonteaching university staffs have exploded. Between 1976 and 2018, “full-time administrators and other professionals employed by those institutions increased by 164 percent and 452 percent, respectively,” according to a 2021 paper on the topic. Professors have been sacrificed on the altar of vice deans.

At the same time, in an effort to fund research that might redound to their financial benefit and to demonstrate their pragmatic value to politicians and to the public, universities have emphasized science, technology, engineering and math at the expense of the humanities. As the American Academy of Arts and Sciences reported, citing data from 2019, “spending for humanities research equaled 0.7 percent of the amount dedicated to STEM R.&D.”

The humanities, including history, are often considered more an object of ridicule than a legitimate lane of study. Look no further than statements from politicians: Rick Scott, the former governor of Florida, assembled a task force in 2012 that recommended that people who major in history and other humanities fields be charged higher tuition at state universities. In 2016, Gov. Matt Bevin of Kentucky said that “French literature majors” should not receive state funding for their degrees. Even more recently, in 2021, Gov. Ron DeSantis of Florida mocked people who go into debt to “end up with degrees in things like zombie studies.” And it’s not just Republicans: President Barack Obama remarked in 2014 that “folks can make a lot more, potentially, with skilled manufacturing or the trades than they might with an art history degree,” implying that if a degree didn’t make money it wasn’t worth it. (Mr. Obama later apologized to a University of Texas art historian for his remarks, clarifying that he did believe art history was a valuable subject.)

These material and ideological assaults have engendered a steep decline in undergraduate humanities majors. In the 2018-19 academic year, only 23,923 graduating undergraduates received degrees in history and related fields, which, the A.H.A. notes, is “down more than a third from 2012 and the smallest number awarded since the late 1980s.”

Private groups, which traditionally provided significant financial support to budding humanities scholars, have taken the hint and increasingly stopped supporting the humanities and soft social sciences. The Social Science Research Council recently ended its International Dissertation Research Fellowship program, which in the last 25 years funded over 1,600 scholars exploring “non-U.S. cultures” and “U.S. Indigenous communities,” declaring that the program “accomplished many of the goals it had set for itself.” The Ford Foundation has similarly decided to conclude its long-running National Academies fellowship program for historically marginalized scholars in order, the foundation’s president declared, “to invest more deeply in movement-building work.”

It’s the end of history. And the consequences will be significant.”

Dr. Bessner accurately reports on the sad state of the humanities in our colleges and universities.  The entire article is important reading.