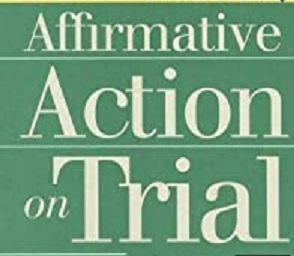 The US Supreme Court yesterday appeared ready to rule that the race-based admissions programs at Harvard and the University of North Carolina were unlawful, based on questioning over five hours of vigorous arguments, a move that would overrule decades of affirmative action precedents.

Such a decision would jeopardize affirmative action at colleges and universities around the nation, particularly elite institutions, decreasing the representation of Black and Latino students and bolstering the number of white and Asian ones.  As reported by The New York Times:

Questioning from members of the court’s six-justice conservative majority was sharp and skeptical. “I’ve heard the word diversity quite a few times, and I don’t have a clue what it means,” Justice Clarence Thomas said. “It seems to mean everything for everyone.”

“What does that mean?” he asked, adding that college admissions are “a zero-sum game” in which granting advantages to one group necessarily disadvantages another.

If the court does away with affirmative action by the end of its current term, it would represent the second time in the space of a year that its conservative supermajority has jettisoned decades of precedent to overturn a policy that has helped define American life. But as its decision in June eliminating the constitutional right to abortion made plain, members of that majority have not hesitated to take bold steps on divisive issues.

A ruling against the universities would be further evidence of the court’s rightward lurch after President Donald J. Trump’s appointment of three justices, and it could raise fresh questions about whether the court’s approach to precedent threatens the stability of the law and the court’s own legitimacy.

Chief Justice John G. Roberts Jr., who views himself as the custodian of the court’s independence and authority, may have conflicting impulses in the cases argued Monday. He has long been critical of drawing distinctions based on race. His questions about race-neutral means of achieving diversity suggested that he might be pursuing a characteristically incremental path. That approach could limit the sweep of a decision rejecting race-conscious programs.

In general, two themes ran through questions from the court’s conservatives: that educational diversity can be achieved without directly taking account of race and that there must come a time when colleges and universities stop making such distinctions.

The court’s three liberal members put up a spirited defense.

Justice Sonia Sotomayor said “race does correlate to some experiences and not others.”

Justice Ketanji Brown Jackson said it would be odd if admissions officers could consider factors like whether applicants were parents, veterans or disabled — but not if they were members of racial minorities. That has “the potential of causing more of an equal protection problem than it’s actually solving,” she said.

Justice Elena Kagan said she was worried about “a precipitous decline in minority admissions” if the court were to rule against affirmative action in higher education. “These are the pipelines to leadership in our society,” she said of elite universities.

Over the course of the argument, the justices discussed with seeming approval several kinds of race-neutral approaches: preferences based on socioeconomic status; so-called top 10 programs, which admit students who graduate near the top of their high school classes; and the elimination of preferences for children of alumni and major donors, who tend to be white.

Justice Amy Coney Barrett asked whether it would be permissible for minority students to write essays describing their experiences with race discrimination. Patrick Strawbridge, a lawyer for Students for Fair Admission, the group challenging the programs, said that was fine.

“What we object to,” he said, “is a consideration of race and race by itself.” Personal essays are different, he said. “It tells you something about the character and the experience of the applicant other than their skin color,” he said.

We will likely know in June but the hearing yesterday does not bode well for affirmative action.