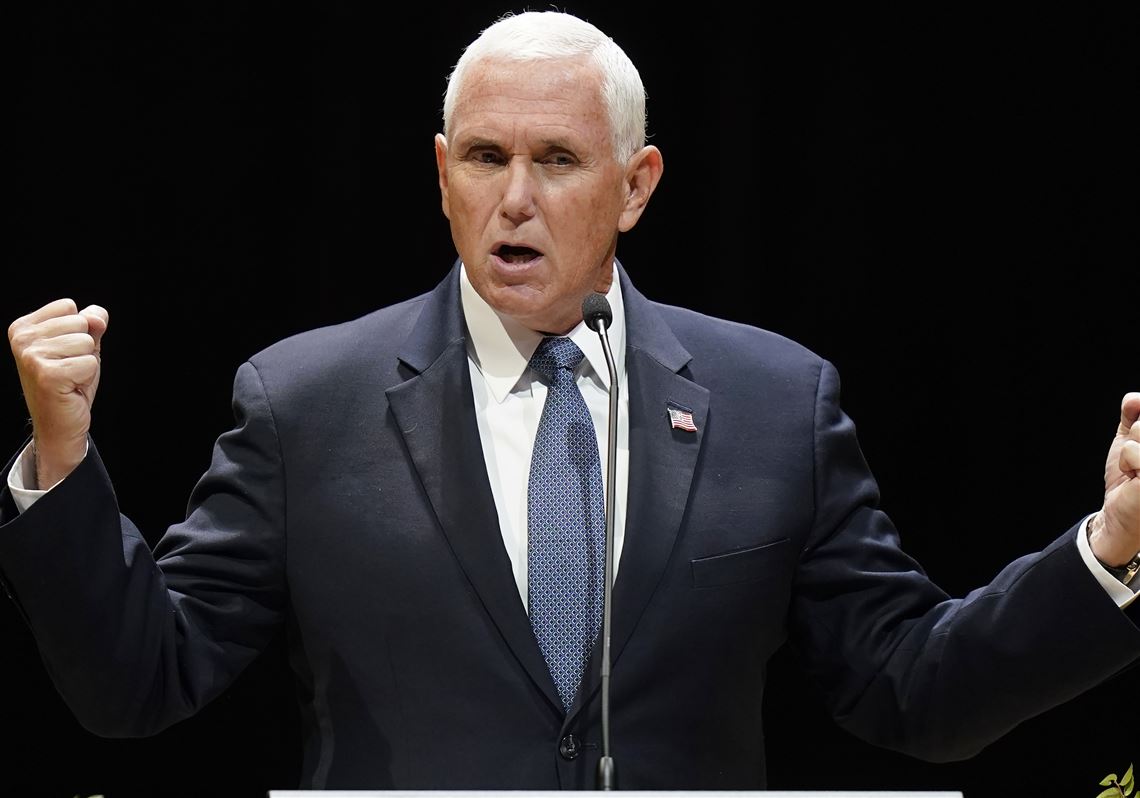 Former Vice President Mike Pence yesterday warned against the growing populist tide in the Republican Party as he admonished “Putin apologists” unwilling to stand up to the Russian leader over his assault on Ukraine.

Speaking at the conservative Heritage Foundation in Washington, Pence addressed the growing gulf between traditional conservatives and a new generation of populist candidates inspired, in part, by former President Donald Trump.

“Our movement cannot forsake the foundational commitment that we have to security, to limited government, to liberty and to life. But nor can we allow our movement to be led astray by the siren song of unprincipled populism that’s unmoored from our oldest traditions and most cherished values,” he told the think tank audience. “Let me say: This movement and the party that it animates must remain the movement of a strong national defense, limited government and traditional moral values and life.”

To that end, Pence criticized those in the party who have pushed a more isolationist foreign policy, particularly when it comes to Russian aggression. Earlier Wednesday, Russian President Vladimir Putin declared martial law for four illegally annexed Ukrainian regions as his forces have suffered stinging battlefield defeats and renewed attacks on Ukrainian cities and vital infrastructure.  As reported by the Associated Press.

“Now, I know there is a rising chorus in our party, including some new voices to our movement, who would have us disengaged with the wider world,” Pence said. “But appeasement has never worked, ever, in history. And now more than ever, we need a conservative movement committed to America’s role as leader of the free world and as a vanguard of American values.”

“As Russia continues its unconscionable war of aggression to Ukraine, I believe that conservatives must make it clear that Putin must stop and Putin will pay,” he added. “There can be no room in the conservative movement for apologists to Putin. There is only room in this movement for champions of freedom.”

Pence has been traveling the country, campaigning on behalf of Republican midterm candidates as he lays the groundwork for a potential 2024 presidential campaign. Some of the candidates he has endorsed have espoused the kinds of populist and isolationist views he seemed to take issue with Wednesday. Arizona’s Republican Senate candidate Blake Masters, for instance, has labeled the Russia-Ukraine conflict a “European problem” and has criticized federal spending on Ukraine.

Pence’s speech largely focused on the conservative “Freedom Agenda” that he released earlier this year. It serves as both a concrete policy plan for Republicans as well as an implicit criticism of Trump, who has spent much of his time since leaving office obsessing about the 2020 election.

Pence has been a target of Trump’s ire since he refused to go along with the former president’s unconstitutional plot to try to overturn the will of voters in January 2021.

Pence once again stressed the importance of the oath he took when he was sworn in as vice president, adding that, “The American people must know that conservatives will not simply pay lip service to keeping faith with the Constitution, but that we will always keep our oath — that we will keep our oath, as the Bible says, even when it hurts” and “stand for the Constitution … even when it would be politically expedient to do otherwise.”

Pence has spent the last year trying to walk a careful line, distancing himself from his former boss while at the same time touting the accomplishments of the Trump-Pence administration.

Speaking later Wednesday evening before students at Georgetown University, Pence was asked whether he would vote for Trump if Trump becomes the Republican Party’s nominee for president in 2024.

“Well, there might be somebody else I’d prefer more,” he said, drawing applause from the crowd. He said he is currently focused solely on the midterms, but added, “I’ll keep you posted.”

A step in the right direction but Pence could have been a little more definitive about his view of Trump running for president again.