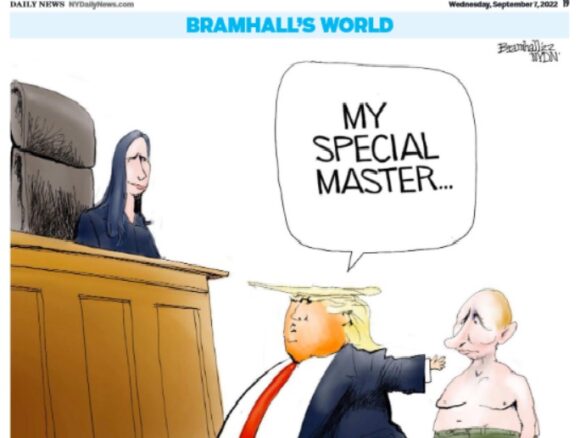 The cartoon above by Bill Bramhall appeared in yesterday’s New York Daily News.  It parodies the ruling of Judge Aileen Cannon to  grant  Trump’s request to appoint an independent arbiter known as a special master to review materials seized last month from his private Florida club. The decision, which could delay the criminal investigation into Mr. Trump, drew scrutiny from experts who questioned her legal reasoning and criticized some of the language in her opinion about what rights a former president is entitled to.