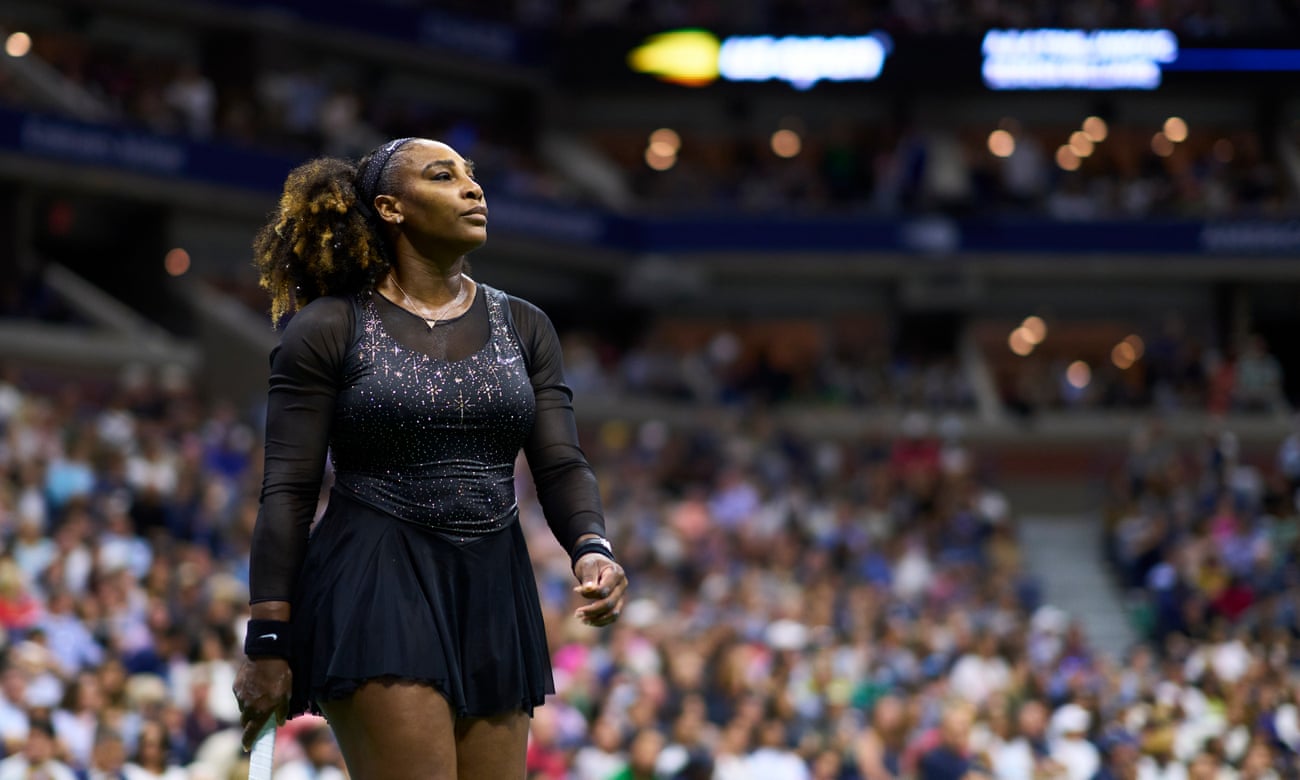 Serena Williams, the icon, the legend, the greatest of all time, lost in the third round round of the US Open, marking her final match as a professional tennis player.

Australia’s Ajla Tomljanovic beat Williams last night in a thrilling battle, 7-5, 6-7 (7-4), 6-1, at Arthur Ashe Stadium. The three-hour match had a wild, lengthy comeback that ended with a heated tiebreak in the second set before Tomljanovic finally closed out the match in the third, ending what will go down as one of the best, and most-watched, matches of the tournament.

The 24,000 fans who packed Arthur Ashe Stadium shouted and cheered Serena’s every point as she fought against an opponent who was 11 years younger.

“It’s been the most incredible ride and journey I’ve ever been on in my life,” Williams, wiping tears, said on court after the match.

The loss spelled the end of a 27-year career that forever changed the world’s perception and understanding of women — especially Black women — in sports. The highlight reels will show that Williams went kicking and screaming, saving five match points, blasting away to the end, making every stroke count as the match passed the three-hour mark.

“I don’t give up,” Williams said. “Definitely wasn’t giving up tonight.”

Williams has been the hottest ticket in New York this week and that continued last night in a match that was witnessed by some of the biggest names in sports and pop culture. And for long spells Williams delivered what they came for — the power and ferocity, the precision and passion for the game that have characterized her career for a quarter of a century.

Williams got emotional on her way off the court. She cried “happy tears, I guess” in her on-court postmatch interview as she thanked her parents and her sister, Venus.

“Thank you so much, you guys were amazing today. I wish I played a little bit better. Thank you daddy, I know you’re watching. Thanks mom,” Williams said on the court. “I just thank everyone that’s here, that’s been on my side so many years, decades. Oh my gosh, literally decades. But it all started with my parents, and they deserve everything, so I’m really grateful for them.

“These are happy tears, I guess! I don’t know. And I wouldn’t be Serena if there wasn’t Venus, so thank you Venus.”

“I’m feeling really sorry, just because I love Serena just as much as you guys do and what she’s done for me, for the sport of tennis is incredible,” Tomljanovic said after her win. “I never thought that I’d have a chance to play her in her last match when I remember watching her as a kid in all those finals. This is a surreal moment for me.”

Here is a recap of what Williams career has meant courtesy of Yahoo Sports.

Williams is more than this one loss

A loss like this isn’t how Williams wanted to end her career, but this is not what she’ll be remembered for. Her career is too incredible, too important for any one moment to define her.

Williams first picked up a tennis racket at age 3 (though she says it was 18 months), and in a way, her fate was sealed from there. As the younger sister of fellow tennis legend Venus Williams, she spent time watching Venus play, and succeed, and fail, all while she waited in the shadows, learning everything she could from what she saw.

Venus came into the spotlight first, but Serena followed close behind. She officially arrived in 1999, winning the US Open, then in 2002-2003 achieved a feat that is now called the Serena Slam: Holding all four Grand Slam titles at the same time over two calendar years. She won the 2002 French Open, the 2002 Wimbledon title, the 2002 US Open, and the 2003 Australian Open. In each of those finals, she had to beat her own sister to win the trophy. Williams would again win the Serena Slam in 2014-2015.

She never managed to achieve a calendar Slam (winning all four majors in the same year), but she became the first tennis player in history to achieve a Career Golden Slam (winning all four majors and the Olympic gold medal) in singles and doubles. Williams is so dominant in singles that her doubles career, playing alongside Venus, is often forgotten. As a doubles team, they remain undefeated in Grand Slam finals, winning 14 and never losing a single one.

In all, Williams spent 319 weeks as the WTA’s No. 1 tennis player in the world. Only Steffi Graf and Martina Navratilova spent more time at the top than she did. While she often chose to focus on Grand Slams instead of playing extensively on the WTA tour, she still won 73 singles titles, which ranks her fifth all-time in women’s tennis history. She captured 23 Grand Slam titles, the most in the Open Era, and one behind Margaret Court for the all-time record.

While Williams was good, there was more to her than that, making headlines and turning heads in a way that transcended tennis and athletics in general. She was daring and bold, not caring about the norms for female tennis players. She wore outfits that no one had ever seen on a tennis court, sporting bright colors, catsuits and tutus. She wore her hair any way she wanted, in braids, beads, straight and natural. She showed off her body with pride, refusing to hide the muscles she worked so hard for. She became a fashion icon, appearing by herself on the cover of Vogue, designing multiple clothing lines, and becoming a Sports Illustrated swimsuit model.

Even that example has a racist twist. Following that match, an Australian newspaper printed a racist cartoon of Williams, using racial stereotypes to portray her as an overly muscular and animalistic with with an ape-like face and huge lips, while Osaka was drawn as a blonde white woman. Some of Williams’ criticisms were fair and earned, but some of it, from both inside and outside tennis, stemmed from her being a Black woman who dared to challenge the white female norms of the sport.

Williams was so good for so long that for the past several years, she has been competing against players who started playing tennis because they saw her do it. They are the Serena Generation, playing in their own way and own style, but carrying part of Williams with them every time they play.

That is why her legacy will only grow. The Serena Generation isn’t static because her history in the sport will continue to influence young girls and women around the world, whether they’re playing tennis or not. And the women who were inspired by Williams will inspire a generation of their own, carrying her into the future long after she stopped competing. Venus and Serena walked so players like Coco Gauff could run. And Gauff is running so others in the future can fly.

Williams was dominant for such a long time, and in individual sport that is as much about mental preparedness and performance as it is about the physical side. The only real comparison you can make is Tiger Woods, who also played in a solo sport. Both were wildly successful in a way that transcended sports. Both challenged the white norms and largely white history of their sports. And both fell just short of a historical mark in their sports; Williams will retire one major title short of tying Margaret Court’s 24 Grand Slam titles, and Woods remains three major titles behind Jack Nicklaus for the all-time record.

But if falling short doesn’t define Woods’ legacy, it certainly doesn’t define Williams’. Whether you look at her career as a whole or on the micro level, she did things that no one predicted or expected. For example, even after over a decade of excellence, no one could have imagined that she would have (or could have) won the 2017 Australian Open while eight weeks pregnant. Then, she missed a full year of competition after an emergency C-section caused her to develop a pulmonary embolism that kept her bedridden for six weeks. Not many expected her to emerge from that with the same strength and drive that she used to have, but she did it anyway, coming back in 2018 to make the finals in four Grand Slams and the semifinals in two others.

Now, having done (nearly) everything she ever wanted to do in tennis, she moves on. To concentrate on her venture capital company, to expand her family, and do whatever the hell she wants to. She’s earned it.

There is no one like Serena Williams, and there won’t be anyone like her again. She didn’t just change the sport of tennis; she changed the world.

Congratulations to a true champion!