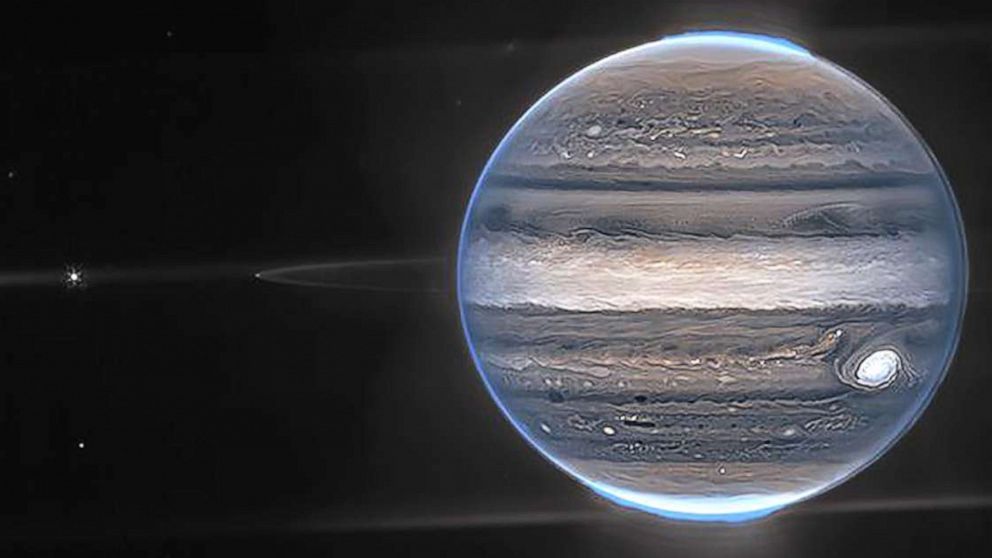 One wide-field picture (above) is particularly dramatic, showing the faint rings around the planet, as well as two tiny moons against a glittering background of galaxies.

“We’ve never seen Jupiter like this. It’s all quite incredible,” planetary astronomer Imke de Pater, of the University of California, Berkeley, said in a statement. He helped lead the observation. “We hadn’t really expected it to be this good, to be honest.”

The infrared images were artificially colored (see below) in blue, white, green, yellow and orange, according to the U.S.-French research team, to make the features stand out.

NASA and the European Space Agency’s $10 billion successor to the Hubble Space Telescope rocketed away at the end of last year and has been observing the cosmos in the infrared since summer. Scientists hope to behold the dawn of the universe with Webb, peering all the way back to when the first stars and galaxies were forming 13.7 billion years ago.

The observatory is positioned 1 million miles (1.6 million kilometers) from Earth. 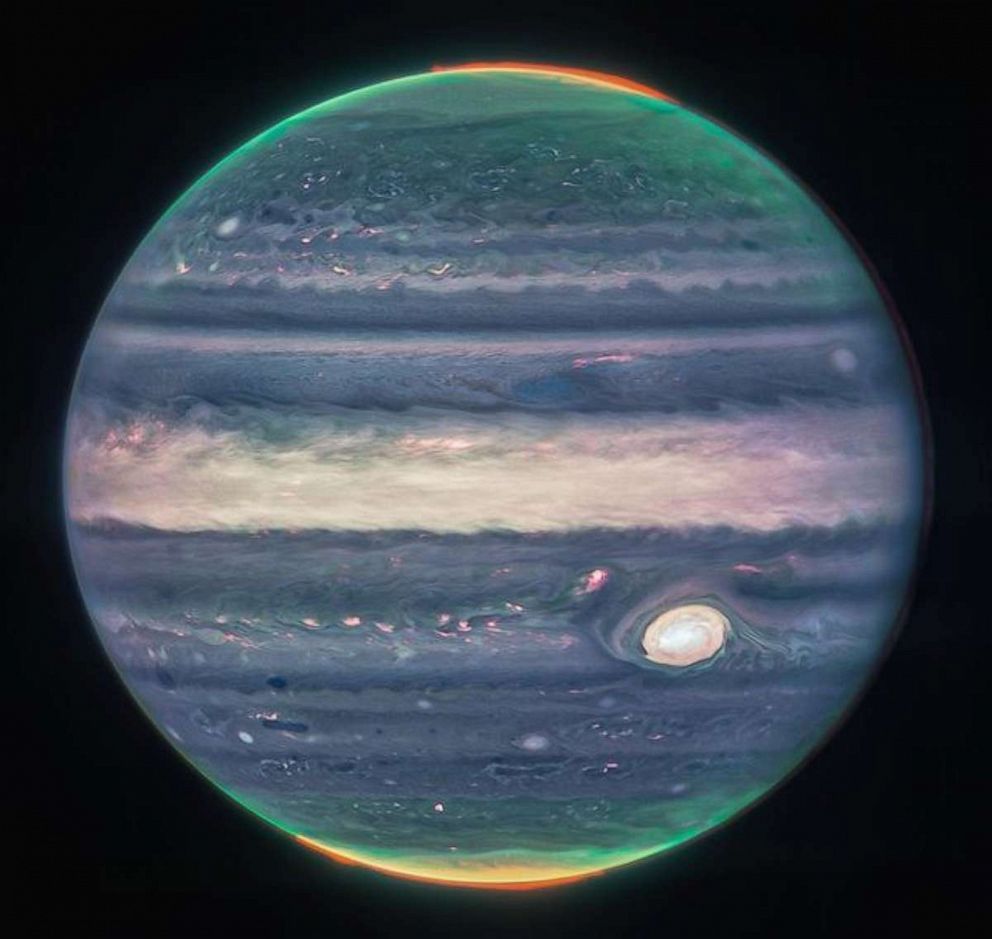