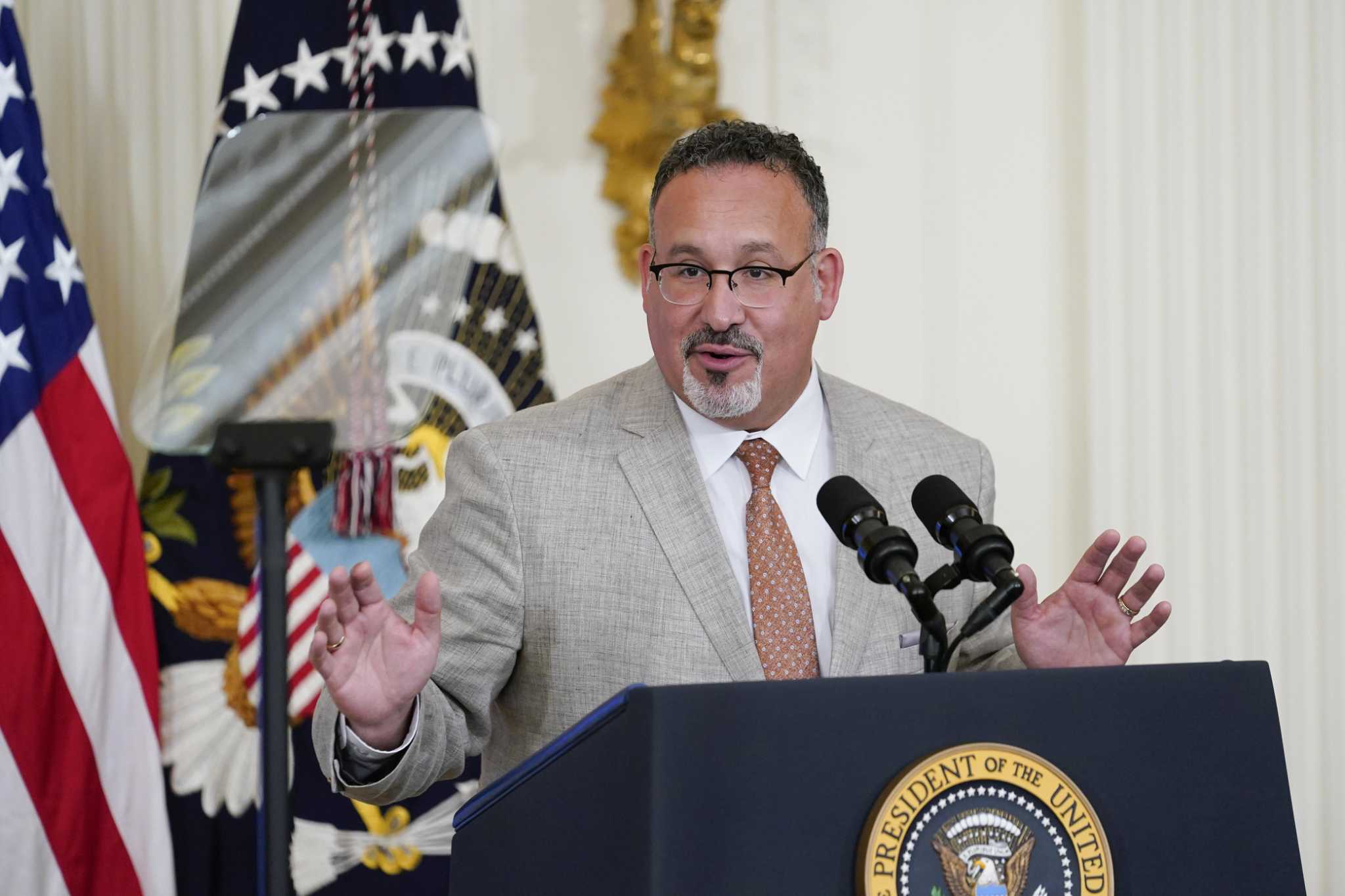 Hundreds of thousands of students who attended the for-profit Corinthian Colleges chain will automatically get their federal student loans canceled, the Biden administration announced yesterday, a move that aims to bring closure to one of the most notorious cases of fraud in American higher education.

Under the new action, anyone who attended the now-defunct chain from its founding in 1995 to its collapse in 2015 will get their federal student debt wiped clean. It will erase $5.8 billion in debt for more than 560,000 borrowers, the largest single loan discharge in Education Department history, according to the agency.  AS reported by the Associated Press.

“As of today, every student deceived, defrauded and driven into debt by Corinthian Colleges can rest assured that the Biden-Harris Administration has their back and will discharge their federal student loans,” Education Secretary Miguel Cardona said. “For far too long, Corinthian engaged in the wholesale financial exploitation of students, misleading them into taking on more and more debt to pay for promises they would never keep.”

Tens of thousands of former Corinthian students were already eligible for debt cancellation, but they had to file paperwork and navigate an application process that advocates say is confusing and not widely known about. Now, the relief will be made automatic and extended to additional borrowers.

Those who have a remaining balance on their Corinthian debt will also get refunds on payments they have already made, Education Department officials said. But the action does not apply to loans that have already been paid off in full.

At its peak, Corinthian was one of the nation’s largest for-profit college companies, with more than 100 campuses across the country and more than 110,000 students at its Everest, WyoTech and Heald schools.

But the company shut down in 2015 amid widespread findings of fraud. The Obama administration — working with Kamala Harris, who was then California attorney general and later became vice president — found that scores of campuses were falsifying data on the success of their graduates. In some cases, the schools reported that students had found jobs in their fields of study even though they were working at grocery stores or fast food chains.

Hundreds of students told investigators they were pressured to enroll with promises of lucrative employment, only to end up with huge sums of debt and few job prospects. Federal officials also found that the company falsely told students their course credits could be transferred to other colleges.

The case inspired a federal crackdown on for-profit colleges, and the Obama administration promised to forgive loans for Corinthian students whose programs lied about job placement rates. The administration went on to expand a process known as borrower defense to repayment, which allows any defrauded student to apply for debt cancellation.

But an explosion in applications for debt forgiveness, along with political battles over the process, created a years-long backlog in the process, leaving many former Corinthian students still awaiting relief.

As of December, the Education Department reported it had more than 109,000 pending applications from students alleging fraud by their colleges, including many Corinthian students. Borrowers and their advocates have been urging the government to erase all Corinthian debt, saying evidence of misconduct was so widespread that all the chain’s students were the victims of fraud.

The administration announced the action Wednesday as President Joe Biden considers broader student loan forgiveness for millions of Americans. As a candidate, Biden said he supports forgiving $10,000 in student loans for all borrowers. He later indicated that such action should come through Congress, but the White House has said he is considering whether to pursue it through executive action.

“This is a tremendous student victory, and it belongs to the tens of thousands of borrowers who were cheated and abused by Corinthian Colleges,” said Eileen Connor, director of the Project on Predatory Student Lending, which has represented Corinthian students in lawsuits. “They never stopped fighting — over three administrations — for the justice they deserve under the law.”

Libby DeBlasio Webster, senior counsel for the advocacy group Student Defense, said the news gives a “fresh start” to former Corinthian students, but she noted that many defrauded students from other for-profit colleges are still awaiting help.

“We also hope today’s news is a sign that other decisions are on the horizon for thousands of similarly situated students who are waiting for this kind of relief,” she said.

This move was long overdue!