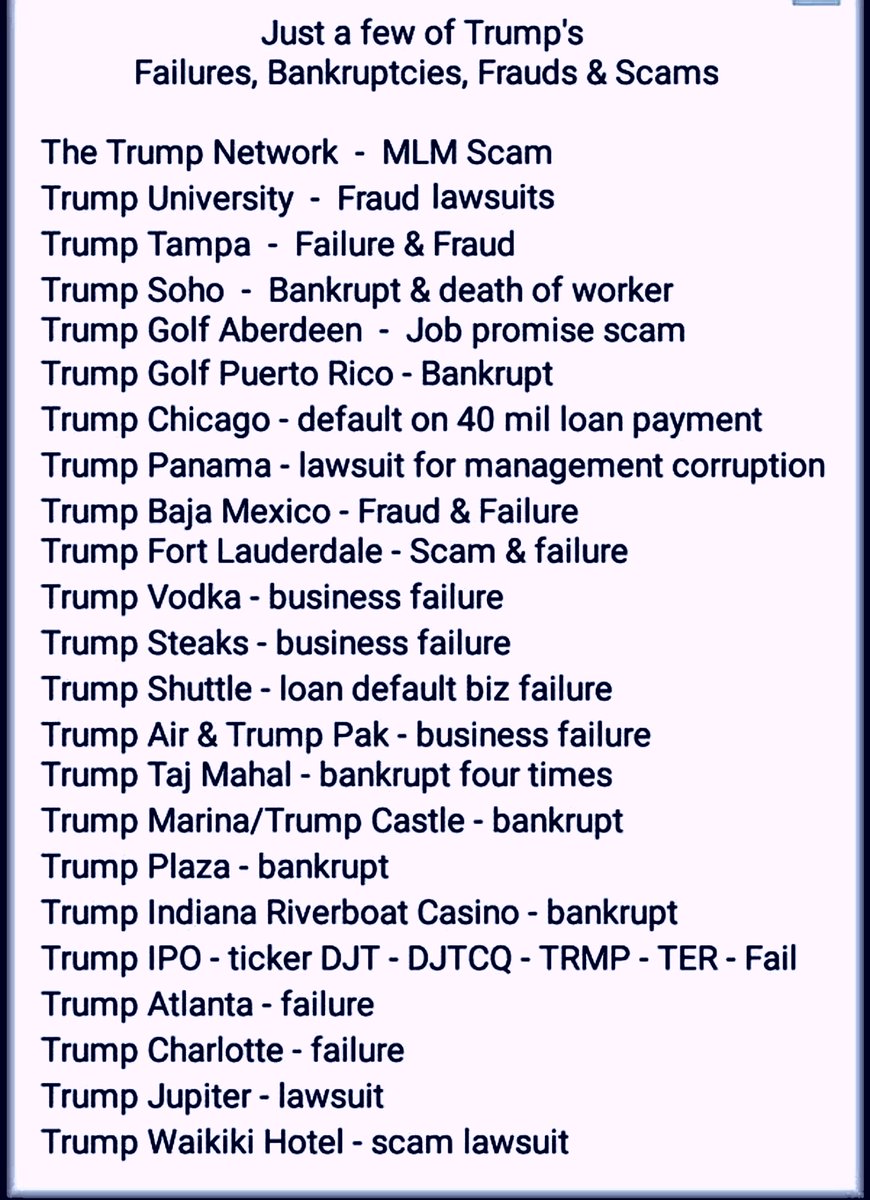 Trump’s business failings — and the number of lawsuits he currently faces — are laid bare in damning detail in the S-4 registration statement that Digital World Acquisition Corp., the special-purpose acquisition company that is merging with Trump’s Trump Media & Technology Group Corp. to take it public, filed with the U.S. Securities and Exchange Commission on Monday.

Multiple risk factors associated with doing business with Trump are highlighted in the filing because, it says, the company’s success depends largely on his reputation and popularity.

Of Trump’s lengthy history of bankruptcies, it states:

Of failed license agreements with Trump, it notes:

In both cases, the statement warns there are “no assurances” that the new company will not go the same way as Trump’s past scuttled ventures.

The filing also details the “numerous lawsuits and other matters that could damage his reputation, cause him to be distracted from the business or could force him to resign from TMTG’s board of directors.”

They range from the congressional investigation into Trump’s role in the incitement of the deadly U.S. Capitol riot and his alleged removal of classified documents to a defamation lawsuit from writer E. Jean Carroll, who has accused Trump of rape.

“The foregoing does not purport to be an exhaustive list,” the document warned.

He also failed at reelection to be President of the United States in 2020.