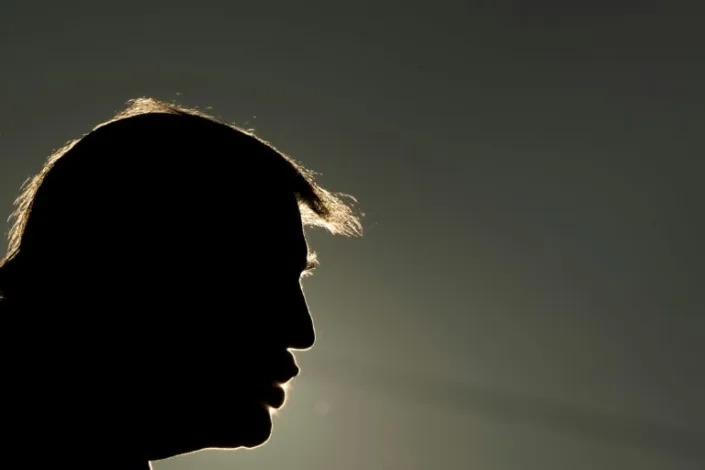 The past three weeks of Republican primary elections have presented a confused picture of former President Donald Trump’s influence in the GOP with some wins and some losses.

He has also lost some big races. In Nebraska, his choice for governor, Charles Herbster, was rejected by Republican voters after being accused by a Republican state senator and numerous other women of predatory sexual behavior. Trump stood by Herbster after the accusations were made, and held a rally with him.

Rep. Madison Cawthorn’s loss in North Carolina’s 11th District this week was similar to Herbster’s, in that Cawthorn had so badly damaged his own standing with a series of embarrassing episodes that Trump’s support could not save him.

In Idaho on Tuesday night, the incumbent, Gov. Brad Little, handily defeated his sitting lieutenant governor, Janice McGeachin, who enjoyed Trump’s “complete and total endorsement.” By a margin of 53% to 31%, Little crushed McGeachin, who had aligned herself with extreme far-right figures in Idaho and had attempted to rescind Little’s pandemic guidelines while he was traveling out of state last year.

Trump backed off his attacks on Ohio Gov. Mike DeWine after suggesting that he should be challenged in the primary and the incumbent governor won nomination for a second term by a 20-point margin. As reported by Yahoo News.

“He’s certainly not setting the world on fire,” said Bill Palatucci, a Republican National Committee member from New Jersey. Palatucci is a longtime adviser to former New Jersey Gov. Chris Christie, who has aggressively challenged Trump since the 2020 election and may run for president in 2024.

Many Democrats, however, are convinced that Trump is still the undisputed leader of the GOP, regardless of whether his chosen candidates win their primaries.

Joe Trippi, a longtime Democratic consultant who has worked on multiple presidential campaigns, was blunt about Trump and the Republican Party. “He owns it,” Trippi told Yahoo News.

Trump’s backing has been determinative in a few races. In North Carolina, he endorsed Rep. Ted Budd for Senate almost a year ago, and that selection gave Budd a clear path to the nomination, which he won easily this week. In Ohio, Trump helped push J.D. Vance over the finish line after a late endorsement weeks before the May 3 primary there.

Rep. Ted Budd, a Republican candidate for a U.S. Senate seat from North Carolina, with Trump, who endorsed him, at a rally April 9 in Selma, N.C. (Chris Seward/AP)

There is a trend here: Trump has done terribly in his endorsements for governor. But he’s been able to move the needle in races for U.S. Senate.

That trend is set to continue in Georgia next week, where the incumbent, Gov. Brian Kemp, is expected to easily defeat Trump’s pick, former U.S. Sen. David Perdue, and to win a second term. At the same time, Trump’s pick for U.S. Senate, former NFL star Herschel Walker, is expected to win the GOP primary handily as well, although he also also enjoys the support of establishment Republicans like Sen. Mitch McConnell, the minority leader.

The reasons for this contrast are fairly straightforward. Governors have stronger connections to their states, their decisions affect voters in a more tangible way, and so they are not as subject to national political trends. Members of Congress, however, are seen almost entirely through a national lens.

One other Georgia race that will be watched closely is for secretary of state, where the incumbent, Brad Raffensperger, has been a target of Trump’s because he — like Kemp — refused to accede to Trump’s demand to overturn the 2020 election results.

Given the results of the last few weeks, the Georgia results are not likely to shift perceptions too much one way or another. This gives both Trump and his opponents the ability to spin things in their favor.

“Trump lost big in Idaho. DeWine won in Ohio, and Vance only got a third. All just good for the country as well as the Republican Party,” Palatucci noted.

That may be the case, but without a clear rebuke of Trump by his own party — as demonstrated consistently over multiple contests — it is not apparent that anything will change.

The Pennsylvania results this week threw a few surprises into the mix. In the Senate race, Trump’s endorsement helped the TV celebrity doctor Mehmet Oz win about a third of the vote, but another fourth of the vote went with a surprise candidate, Kathy Barnette, whom many considered even more to the right than Oz.

The former hedge fund CEO David McCormick, a more establishment candidate, won another third of the vote, and trailed Oz by around 2,000 votes out of 1.3 million cast. McCormick and Oz are likely to be headed for a recount.

In the Pennsylvania governor’s race, Trump can claim a victory of sorts. He waited until three days before the primary to endorse state Sen. Doug Mastriano, who won his race Tuesday night. But Mastriano, who had long staked out a position as the most pro-Trump candidate in the primary, was already the clear favorite to win when Trump backed him.

Mastriano is widely considered the underdog in the fall election against Pennsylvania’s Democratic attorney general, Josh Shapiro, although the Republican turnout in the vote this week was so strong that it calls conventional wisdom into question.

Mastriano has been one of the most aggressive purveyors of Trump’s false claims that the 2020 election was unfair. He also played an active role in seeking to throw out millions of ballots cast by voters in his own state, in an attempt to undo the result and retroactively award the presidency to Trump.

If Mastriano were to win this fall, he would be in a strong position to influence the 2024 election results in a key swing state. Governors are one of the most consequential figures in transmitting Electoral College results to Congress. Congress has yet to pass legislation that bars governors from meddling with or overturning election results, and in Pennsylvania the governor appoints the state’s top election official.

As of now, there is room under the law — specifically the Electoral Count Act of 1887 — for a state legislature to try to throw out the popular vote in its state by sending a competing slate of electors to Congress. If the governor signs off on that slate, the law would dictate that those electors’ votes are the ones that are counted. A bipartisan group of senators is working on a law to close this loophole and prevent other forms of antidemocratic meddling.

Mastriano may be a liability for the GOP in the fall, but his primary win this week demonstrates clearly that there is an appetite for extremism among a significant portion of the Republican base.

The extent of that appetite has yet to be tested in primaries still to come, particularly in Arizona on Aug. 2, where another aggressive election denier, the former TV reporter Kari Lake, is running for governor in another key swing state. Trump endorsed Lake last September.