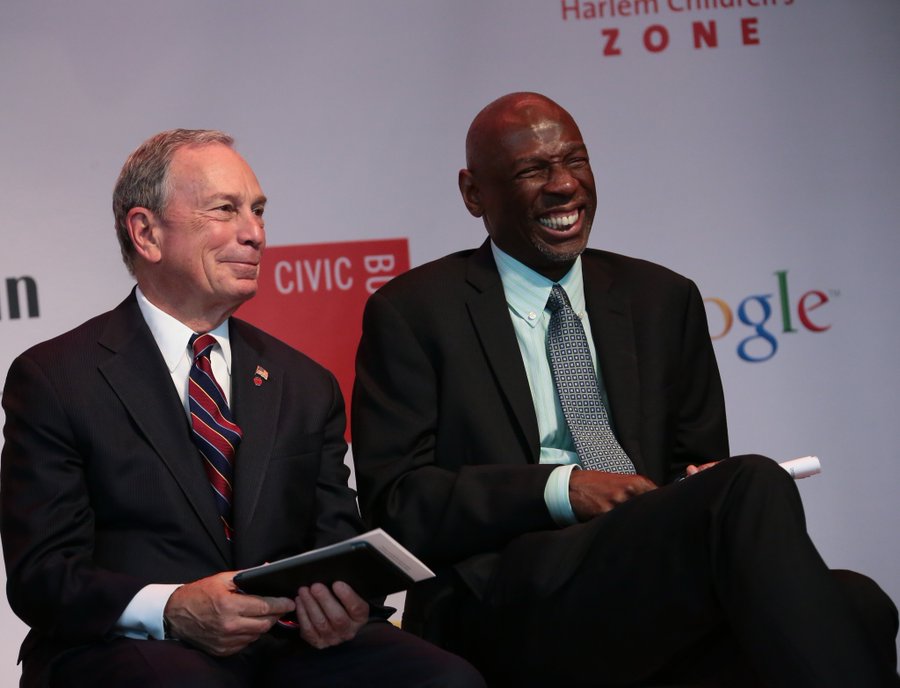 The donation — billed as a means to help close the achievement gap and meet demand for school choice seats — is part of a larger $750 million nationwide push Bloomberg has made for charter schools following the COVID-19 pandemic.   As reported by the New York Post.

“One foundation can’t take care of everybody. But we can act as an example to show that you can really do it,” Bloomberg told The Post during a visit to the Harlem Children’s Zone Promise Academy, where he announced the donation.

“I don’t know that 30 years from now, when they don’t have the kind of life that we’d want for them you can explain to them what happened and why we were asleep at the switch,” he added of current students. “We’re trying to do something about it.”

“We should lean in, whether it’s in traditional public school or in charter schools,” said Geoffrey Canada, founder and president of Harlem Children’s Zone. “But we got to do something about education, because the country’s future — certainly the future of black and brown poor children in this country — are on the line right now.”

Some of the cash infusion will also go toward a college scholarship fund for students pursuing four-year college degrees, as well as internship and career readiness programs. Other funding has been earmarked for retaining teachers through professional development, loan forgiveness and other incentives.

That’s an investment Kwame Owusu-Kesse, CEO of the network, said will trickle down to students: “There’s no more important person that you can put in front of a young person than their teacher,” he said.

Owusu-Kesse pointed to the many things schools can do “with resources as an excuse being taken off of the table,” from leveraging technology to investing in social workers.

“In many ways, we view ourselves as R&D [research and development] for the field or an innovation lab for the country,” he said. “Getting it right for our young people here in Harlem is getting it right for under-resourced communities all across this nation.”

At Success Academy, the $100 million gift — the largest in its history — is expected to support constructing a new campus in the South Bronx that could educate 2,400 students from all grades in one building. The plan is pending city approval.

“We are adding seat capacity, adding the number of students. Our demand is off the charts,” Eva Moskowitz, the founder and CEO of Success Academy, told The Post, predicting enrollment could grow by a third over the next five or six years.

Moskowitz described the investment as “taking a stand” and “really sending a powerful message about K-12 and education reform.”

Critics of the privately operated but taxpayer-funded charter schools say the model redirects public dollars and building space to a limited share of students — and, in certain cases, take issue with the“no excuses”approach of high achievement and strict behavioral codes some have implemented in their classrooms.

But the folks at Bloomberg Philanthropies said their investment will help all students succeed following the pandemic.

“Anything we can do to make these schools better, to improve educational outcomes for these kids, helps every kid in every school,” said Howard Wolfson, the education program lead at Bloomberg Philanthropies. “We see it as a sector-wide investment that will benefit the whole city.”

The gifts are part of a national multi-year, $750 million Bloomberg initiative to grow charter schools in 20 cities with 150,000 additional seats.

The billionaire philanthropist told The Post he’s starting by contributing to the New York schools that he “knows the best.”

“Harlem Children’s Zone and Success Academy have both shown what’s possible when we put students first, set high expectations and hold everyone accountable for results,” he said in a statement.

“This is the beginning of a five-year plan to significantly invest in charters,” Wolfson said. “This is a floor not a ceiling for our efforts in New York City.”

Wolfson said Bloomberg Philanthropies has been working with and talking to several newer schools he noted were also deserving of support. He pointed to last week’s announcement of funding for summer programs in all charter schools as sending “a signal” that there are many “outstanding” options.

No doubt where Bloomberg’s priorities are when it comes to public education.