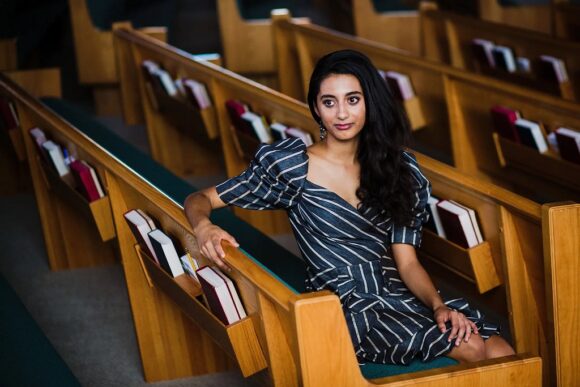 Alexandria Beightol “God is going to have to forgive me. I am not going to die in this culture war.”

As the theologian Russell Moore, a key figure in modern evangelicalism, wrote in October: “Many of us have observed, anecdotally, a hemorrhaging of younger evangelicals from churches and institutions in recent years.”

The problem, he said, is “many have come to believe that the religion itself is a vehicle for the politics and cultural grievances, not the other way around.”

While not every white evangelical Christian supports Trump or a conservative agenda, the movement has long been associated with Republicanism and conservative values — not least through the shared emphasis on family and opposition to abortion rights. About three-quarters of white evangelicals supported Trump in the 2020 election.

Kristin Du Mez, a professor of history at Calvin University in Grand Rapids, Michigan, and the author of “Jesus and John Wayne: How White Evangelicals Corrupted a Faith and Fractured a Nation,” said that while churches themselves may claim to be simply spreading the gospel, what many do is deeply political.

“I’ve been told many times from people who attend highly politicized churches that nothing political happens inside those spaces,” she said. “They say, ‘We come, we worship.’ But then I attend and I hear prayers against the evils of big government.”

Jared Stacy spent four years as a youth pastor at Spotswood, a Baptist Church in Fredericksburg, Virginia. The church, in keeping with the wider evangelical movement, believes the Bible to be the literal word of God.

He worked at Spotswood as its interim communications director in 2012, then spent three years studying for a master’s degree in theology and working as a campus pastor in New Orleans. He returned to Spotswood as a youth pastor in 2016.

He said he was well aware of the politics of the area and the church, saying he had conversations with church members who espoused opinions and viewpoints that were not uncommon among conservatives, such as that the Civil War was about states’ rights.

But in the years that would follow, he said, he became more uncomfortable with what he saw as a politicized, conspiratorial mindset. Church members began to float QAnon-style conspiracy theories or claim that events like the neo-Nazi rally in Charlottesville, Virginia, a 90-minute drive from Fredericksburg, were the fault of the left.

“Someone would say ‘You know antifa was at the rally, right?’ or ‘Why are we having this conversation about racial justice when there is sex trafficking going all around us?’” Stacy recounted. “What concerns me is QAnon may go away, it may go out of style, but the apocalyptic paranoia that seized control — that’s not going anywhere.

“What made it urgent to me was if I have to go buy into this politicization and conspiratorial mind in order to follow this peasant from Nazareth, I don’t want anything to do with that,” Stacy said.

Chris Sosa, 32, grew up in Virginia and attended Spotswood up to five times a week until he moved away for college. He said the church was not shy about mixing politics and religion, even though its website, in a section outlining its beliefs, says, “Church and state should be separate.”

“I was taught that anyone who said they were separate just hated America,” he said.

Spotswood declined to address criticisms raised by Stacy and Sosa in detail. Instead, Drew Landry, a senior pastor, referred in an emailed response to the church’s mission: “We exist to be a community of light by making disciples who love God and love their neighbor through vertical worship, transformational teaching, biblical community and missional living.”

“As for our church doctrine and practice, we affirm The Baptist Faith and Message 2000,” he added, referring to a statement of faith that summarizes key Southern Baptist thought.

Stacy, who is studying for a doctorate in theology, said he views the Jan. 6 riot as a turning point. More than 100 prominent evangelical Christians attacked the “perversion” of rioters’ using Christianity to justify the violence of Jan. 6 in an open letter published six weeks later.

But Du Mez said she worries that much of the evangelical community is unwilling to listen to outside criticism.

Many evangelicals get their news from and form opinions based on a narrow set of media outlets, she said, including Christian talk radio and Fox News — because of a long-standing distrust of mainstream media.

“So their reality is just so different, and the conclusions they draw are so different. That’s where we see the popularity of ‘Stop the Steal’ in evangelical spaces, the idea that Biden is not a legitimate president — that’s a fairly widespread view,” Du Mez said.

As for the future, Stacy cautions that the forces that pushed him away from the church and from America are still just as strong.

“Just because people are being put in prison and there’s a [congressional Jan. 6] committee doesn’t mean anyone is watching for the ripple effects in the church. This isn’t going away.”