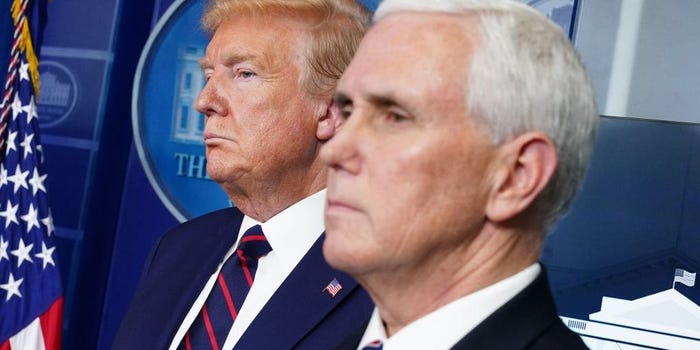 Former Vice President Mike Pence urged Republicans to move on from the 2020 election and declared that “there is no room in this party for apologists for Putin”.

Pence, in a speech Friday evening to the party’s top donors in New Orleans, took on those in his party who have failed to forcefully condemn Russian President Vladimir Putin for his unprovoked invasion of Ukraine.  As reported by the Associated Press.

“Where would Russian tanks be today if NATO had not expanded the borders of freedom? There is no room in this party for apologists for Putin,” Pence said, according to excerpts from the speech, which was closed to reporters. “There is only room for champions of freedom.”

Pence did not directly reference the former president. But Trump has repeatedly used language that has been criticized as deferential to Putin, including calling the Russian leader “smart” while insisting the attack never would have happened on his watch.

Pence also continued to push back on Trump’s lies about the 2020 election as he lays the groundwork for a possible 2024 presidential run. Trump, who has been teasing his own comeback bid that could potentially put the two in direct competition, has continued to falsely insist that Pence had the power to overturn the 2020 election, which he did not.

“Elections are about the future,” Pence said. “My fellow Republicans, we can only win if we are united around an optimistic vision for the future based on our highest values. We cannot win by fighting yesterday’s battles, or by relitigating the past.”

Pence has been increasingly willing to challenge Trump — a dramatic departure from his deferential posture as vice president.

Pence has said the two men will likely never see “eye to eye” on the Capitol insurrection of Jan. 6, 2021, when Trump supporters stormed the building in an effort to stop certification of Joe Biden’s election victory. Last month, he directly rebutted Trump’s false claims that he, as vice president, could have overturned the results, telling a gathering of lawyers in Florida that Trump was “wrong.”

Still, he joined the oft-stated view of Trump and others in the Republican Party Friday evening in blaming President Joe Biden for Putin’s actions, accusing the current president of having “squandered the deterrence that our administration put in place to keep Putin and Russia from even trying to redraw international boundaries by force.”

“It’s no coincidence that Russia waited until 2022 to invade Ukraine,” Pence said, according to excerpts. “Weakness arouses evil, and the magnitude of evil sweeping across Ukraine speaks volumes about this president.”

While Pence allies believe that he can forge a coalition that brings together movement conservatives, white Evangelical Christians and more establishment-minded Republicans, Trump’s attacks on Pence have made him deeply unpopular with large swaths of Trump’s loyal base, potentially complicating his bid for the Republican presidential nomination.

Pence on Jan. 6 had to be whisked to safety with his family as a mob of Trump supporters breached the Capitol building, some chanting “Hang Mike Pence!”

Pence and other Republicans need to keep hitting at Trump, his lies, and his admiration of Putin.