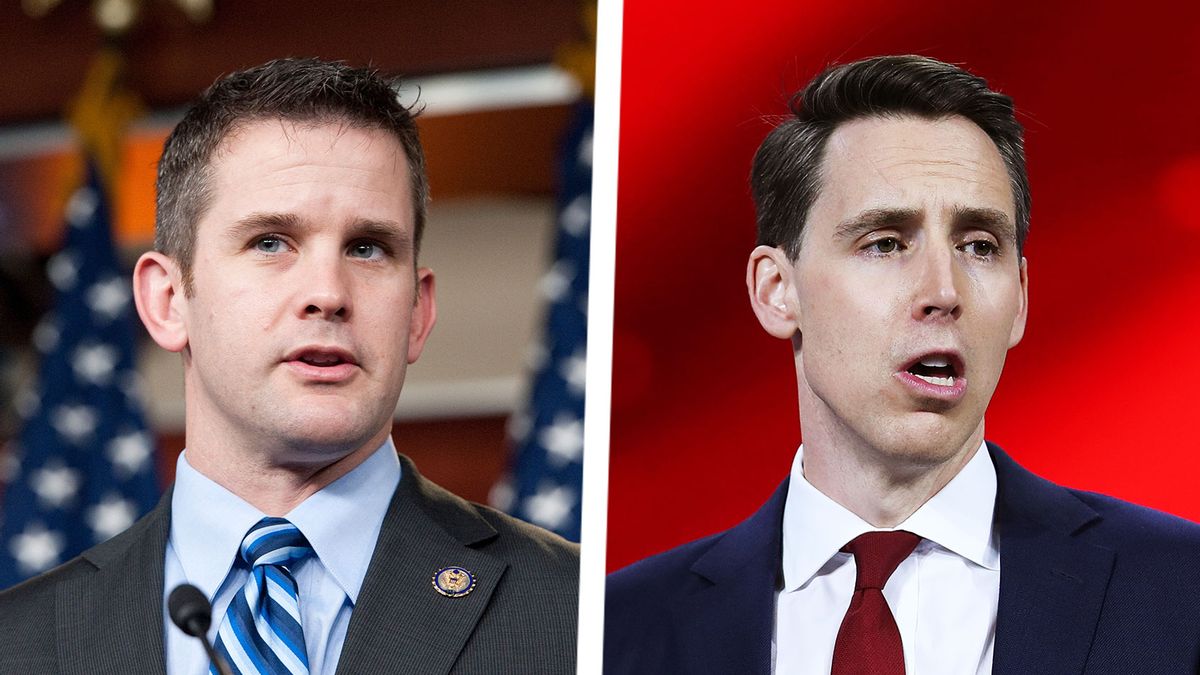 Hawley criticized President Joe Biden’s decision to order troops to Europe as Russia increases its military presence on its border with Ukraine. At the same time, he asked the White House to drop U.S. support for Ukraine joining NATO, according to The Hill.

Kinzinger wasn’t impressed by Hawley’s suggestion that America not support its ally, especially considering that he serves on the Jan. 6 select committee, while Hawley was seen raising his fist in solidarity towards a crowd of Donald Trump supporters ahead of the U.S. Capitol attack on Jan. 6.

And he didn’t mince words, calling Hawley “one of the worst human beings,” and “a self egrandizing con artist” in a fiery tweet, adding, ”When Trump goes down I certainly hope this evil will be layed in the open for all to see, and be ashamed of.”

“And what prompts this outburst?” Hawley asked, before adding, “Weird.”

Kinzinger agreed via Twitter that “we are in weird times,” and said the proof is a Senator like Hawley who seems “more interested in pleasing Tucker Carlson of Fox News and playing to worst instincts than leading. Denying Jan 6th truth despite fomenting it, among other things.”

Kinzinger has it right and his description of Hawley is spot on!