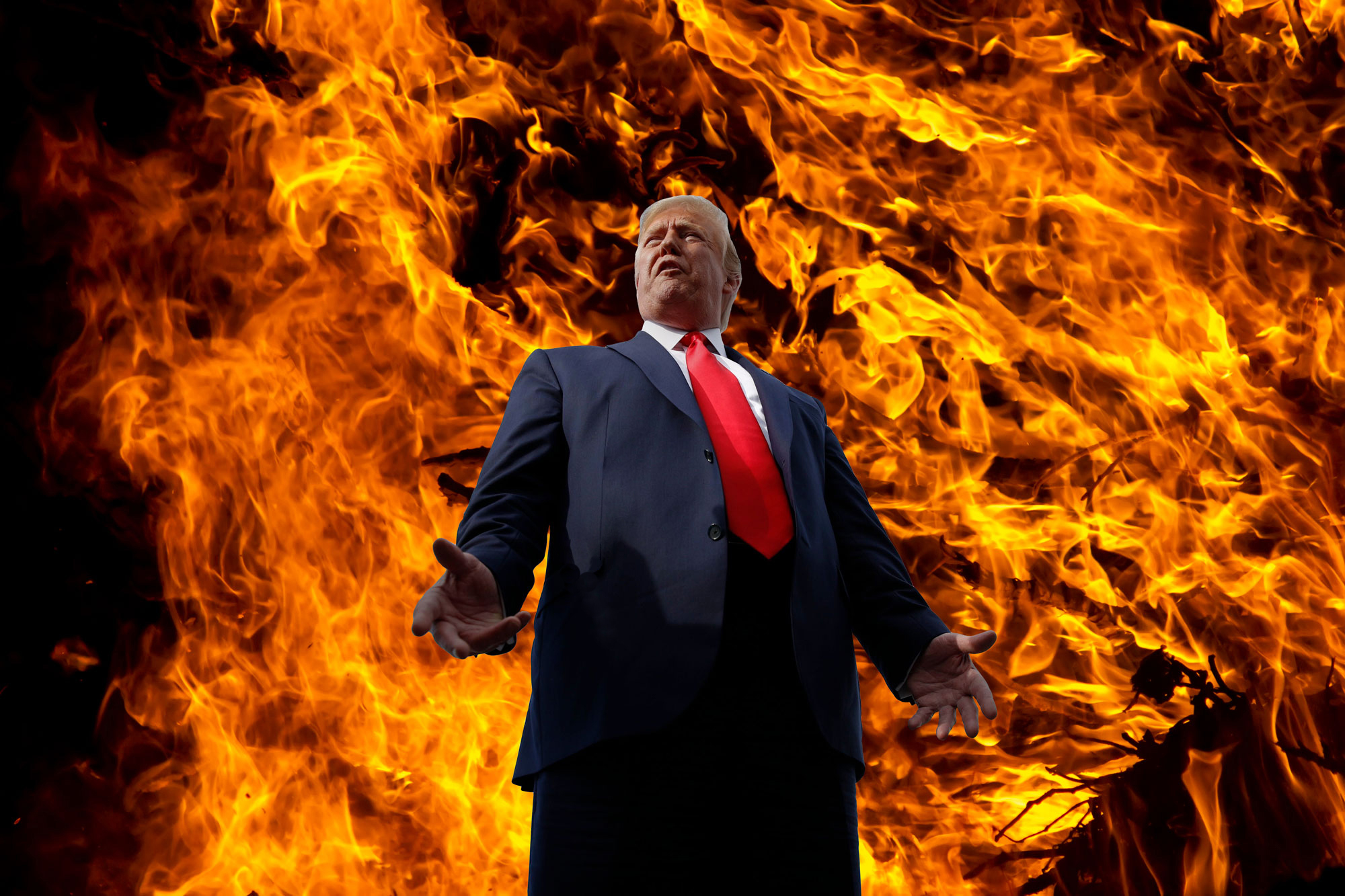 Trump’s comments at his Texas rally last week offering pardons to Jan. 6 rioters if he’s elected and calling for “massive protests” if prosecutors take action against him are signs that he’s in “burn-it-all-down mode,”  Ms. Haberman warned..

“He’s in burn-it-all-down mode and has been for some time,” Haberman told CNN’s John King, who also asked about Trump’s insistence Sunday that former Vice President Mike Pence had every right to single-handedly “overturn” a presidential election.

Haberman raised the possibility of new legal trouble for Trump, given his incendiary statements, and wondered if anyone is reviewing his remarks before he blurts them out or issues them in a statement.

“It raises questions for me, candidly, about the vetting process around these statements going out because that was a jarring statement,” she noted, referring to Trump’s claim that Pence had a right to throw out election results.

Not only does it sound alarms for the House select committee investigating the attack on Congress last year but also “probably for lawyers involved in the civil suits against Donald Trump related to the riot at the Capitol on Jan. 6,” she warned.

Haberman also pointed out the similarities between Trump’s call for the “biggest protests” the nation has ever seen if he is criminally charged now to his call at his Jan. 6, 2021, rally to “fight” and march on the U.S. Capitol.

Now “you have him saying, ‘If there is a move against me from prosecutors,’ essentially saying, ‘Go rise up.’ That can have real consequences,” Haberman said. “There are people who take him at his word and carry [out] what they think that word means.”

A key factor in his behavior, Haberman said, is that the unfettered Trump has so far suffered no significant consequences other than losing the 2020 presidential election to Joe Biden.

“You see the portrait of somebody who really doesn’t care anymore and wants to put it all on his terms and who knows that he can keep pushing the bounds, and there basically, so far, other than losing the election … there have not been that many penalties,” Haberman said.

Chilling but accurate characterization of Trump by Haberman!