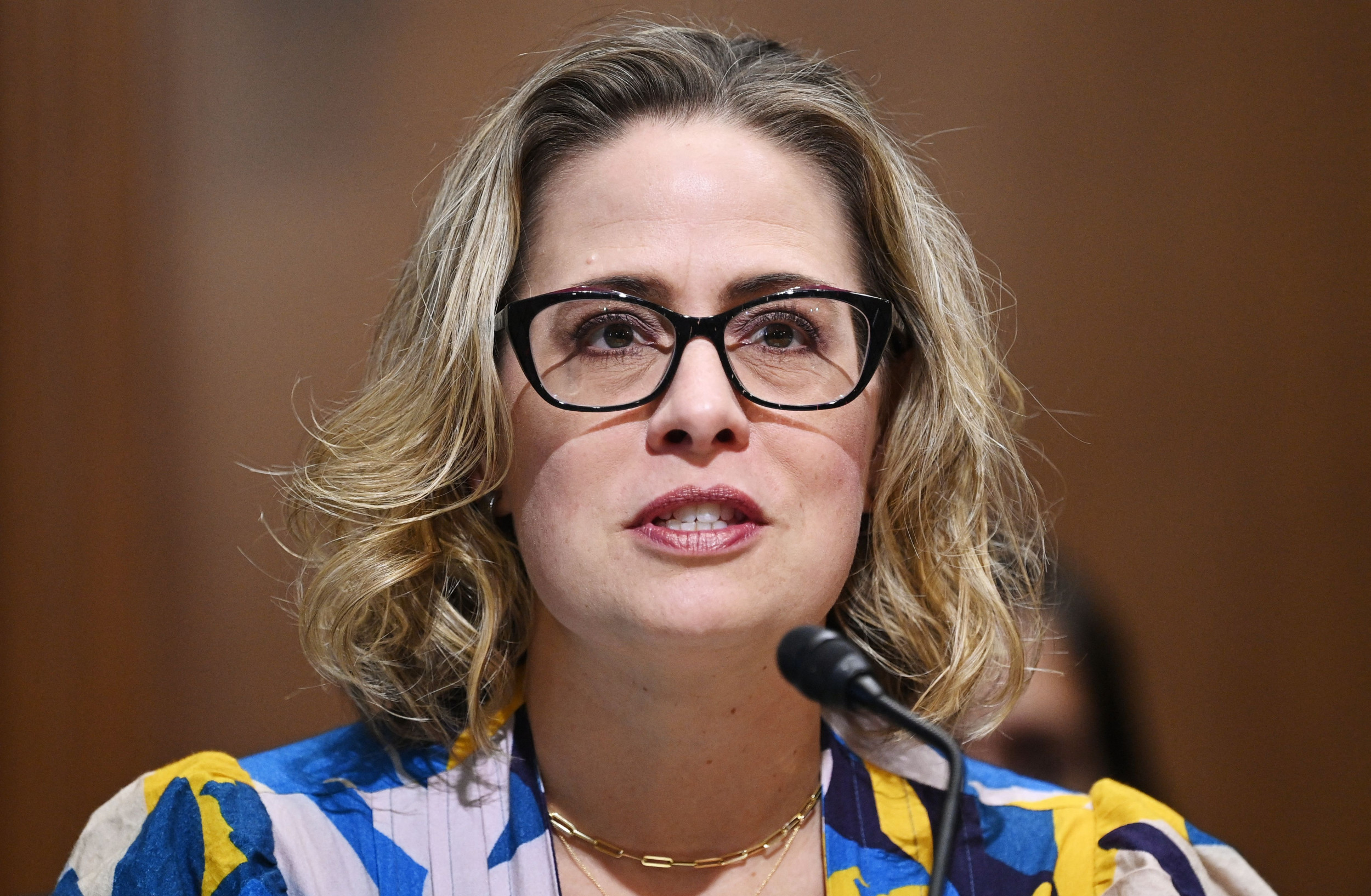 Leaders of the Arizona Democratic Party voted yesterday to censure Krysten Sinema, citing “her failure to do whatever it takes to ensure the health of our democracy″ — namely her refusal to go along with fellow Democrats to alter a Senate rule so they could overcome Republican opposition to the bill. While the rebuke is symbolic, it is striking given that only three years ago, Sinema was heralded for bringing the Senate seat back into the Democratic fold for the first time in a generation.

Donors are threatening to walk away. Several groups are already collecting money for an eventual primary challenge, even though she’s not on the ballot until 2024. Young activists are holding a second hunger strike to draw attention to Sinema’s vote.

The moves offer a preview of the persistent opposition Sinema will likely face within her own party in the two years before she next appears on a ballot. The independent streak that has given her tremendous leverage over the agenda in Washington has enraged many Democrats back home who are intent on preventing her reelection.  As reported by the Associated Press.

“Any reservoir of goodwill that she had is gone,” said Rep. Ruben Gallego, an Arizona Democrat who may challenge Sinema from the left.

Sinema’s defenders say nobody who’s watched her for the past decade should be surprised by her position. She often bucked her party in the House, ran an aggressively moderate campaign for Senate and has never wavered in her support for upholding the filibuster.

“During three terms in the U.S. House, and now in the Senate, Kyrsten has always promised Arizonans she would be an independent voice for the state — not for either political party,” Hannah Hurley, Sinema’s spokesperson, said in a statement before the censure vote. “She’s delivered for Arizonans and has always been honest about where she stands.”

Hurley repeated her comments in response to the censure.

Sinema’s influence is driven by the Senate’s 50-50 split, which essentially gives any senator the ability to kill legislation, an option Sinema has repeatedly exercised.

But she faces political dynamics unlike the other Senate moderate thwarting Democratic ambitions, Joe Manchin of West Virginia. Representing a state that former President Donald Trump carried by nearly 39 percentage points in 2020, Manchin is unlikely to face a progressive challenger who would gain traction.

In Arizona, however, Democrats are ascendant. Joe Biden was the first Democratic presidential candidate to carry the state since 1996, and the party is eager to build on that success. That makes it harder for a Democrat to simply ignore the left here, particularly in a primary election.

Sinema supports the Democrats’ voting rights legislation but steadfastly opposes passing it by changing or eliminating the Senate’s filibuster rule, which effectively requires 60 of 100 votes to pass most legislation. On Wednesday night, she joined Manchin and all Republicans to oppose a one-time rule change so the bill could pass with a simple majority.

Laphonza Butler, president of Emily’s List, an important fundraising group for Democratic women who support abortion rights, said in a statement that Sinema’s vote “means she will find herself standing alone in the next election.” She said the group would not endorse her reelection if she doesn’t support a path forward for voting rights legislation.

Primary Sinema Project, which is raising money for an eventual primary challenge, said it’s collected more than $300,000 from nearly 12,000 donors.

“We are quite literally doing everything we physically, possibly can in terms of putting our bodies on the line and trying to plead for this action because the consequences (of inaction) are far worse than starving or going to jail or both,” said Shana Gallagher, one of about three dozen young people holding a hunger strike to protest Sinema and Manchin. Gallagher is co-founder of Un-PAC, launched last year to organize young people in favor of passing voting rights legislation.

Sen. Bernie Sanders, a Vermont independent whose fundraising and mobilization abilities are virtually unmatched on the left, suggested he’d support primary challengers to Sinema and Manchin.

Sinema says the filibuster forces bipartisanship on Capitol Hill and ensures that the millions of Americans represented by the minority party have a voice. Repealing it would lead to wild swings in legislation depending on the party in power, she says.

“When one party need only negotiate with itself, policy will inextricably be pushed from the middle towards the extremes,” she said in a floor speech last week, her most expansive explanation of her views on the issue.

Antagonizing the left shores up her standing among the independent women who decide close races in Arizona, said Brian Murray, a GOP consultant in Phoenix and former executive director of the Arizona Republican Party. Sinema has shown the “maverick” sensibilities that made the late GOP Sen. John McCain a favorite son in Arizona, and with her appeal to independents, “she’s going to be nearly impossible to beat,” he said.

Even Republican Gov. Doug Ducey gave Sinema “credit for standing up and protecting a Senate rule that she believes in.”

“I’m glad that she’s trying to bring people together,” Ducey told reporters. Sinema was one of Ducey’s fiercest critics in 2020, when she relentlessly lambasted his light-touch response to the pandemic.

Sinema’s fight with the left has overshadowed the 2022 reelection bid of Mark Kelly, Arizona’s other Democratic senator, who will be trying to hold on to the seat he won in a special election.

With Sinema taking most of the attention, Kelly managed to avoid taking a position on the filibuster throughout his 2020 campaign and his first year in office. Hours before he had to vote Wednesday, Kelly came out in favor of a one-time workaround to pass the voting rights bill.

A statement Saturday by the Arizona Democratic Party’s executive board noted that a larger group of party leaders had passed a resolution in the fall outlining potential action against Sinema “should she choose to protect the filibuster and obstruct voting rights legislation.”

The censure has no practical consequences but demonstrates the frustration of key Democratic activists. Whether the party pulls its support for Sinema’s 2024 bid would be up to the leaders elected after the 2022 midterms.

The state party tolerates disagreements, but safeguarding voter rights is too important, said Raquel Terán, a state senator who is the party chair. On that issue, Sinema has “fallen short,” she said.

“She has an incredible ability to work across the aisle,” Terán said. “Let’s see that ability put to work for voting rights.”

It will be interesting to see how Sinema’s reelection campaign evolves.