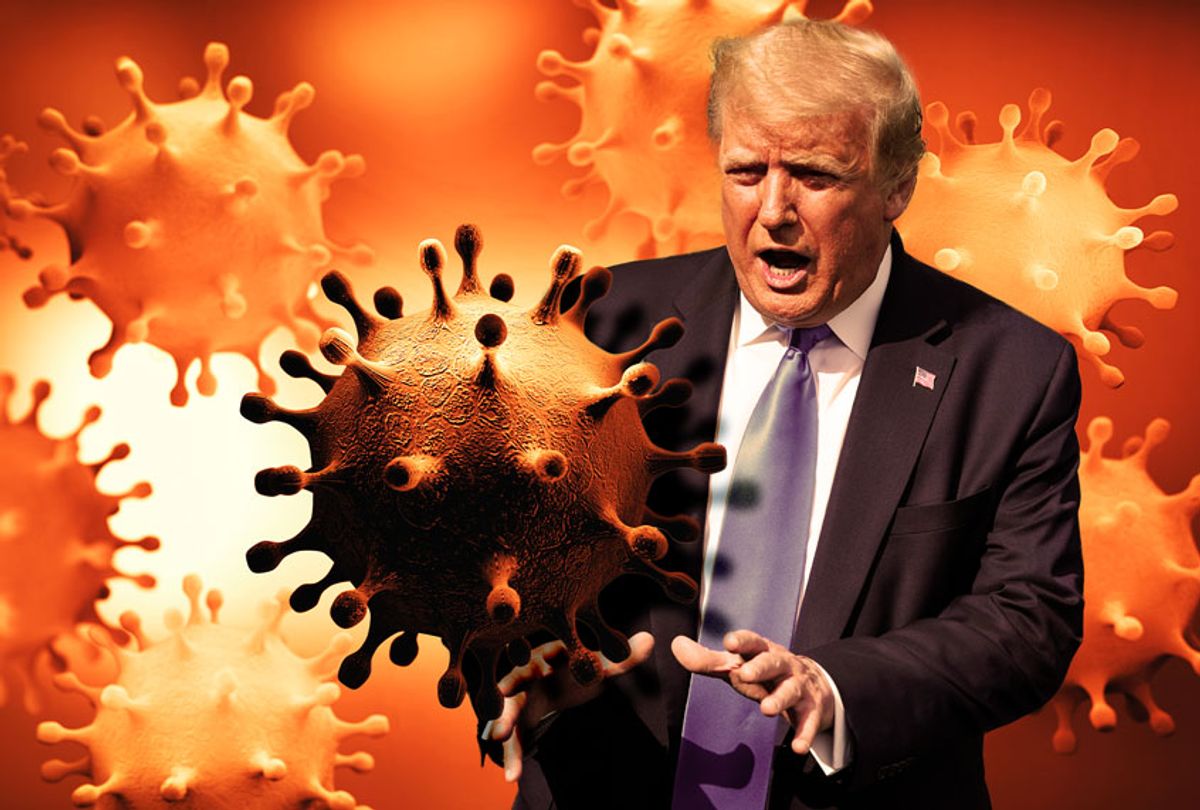 As our nation mourns the loss of 800,00o people, who succumbed to the coronavirus, a new report issued yesterday indicated that Donald Trump and his staff in the White House hindered our response to the pandemic.  As reported by NBC News.

The Trump administration engaged in “deliberate efforts” to undermine the U.S. response to the coronavirus pandemic for political purposes, a congressional report released yesterday concludes.

In August of last year, for example, Trump hosted a White House meeting with people who promoted a herd immunity strategy pushed by White House special adviser Dr. Scott Atlas. The subcommittee obtained an email sent ahead of that meeting in which Dr. Deborah Birx, the White House Covid response coordinator, told the vice president’s chief of staff, Marc Short, that it was “a fringe group without grounding in epidemics, public health or on the ground common sense experience.”

A few months later in October, National Institutes of Health Director Dr. Francis Collins called for “a quick and devastating published take down” of the herd immunity strategy, according to emails obtained and released by the subcommittee.

In an interview with the subcommittee, Birx said when she arrived to the White House in March 2020 — more than a month after the U.S. declared a public health emergency — she learned that federal officials had not yet contacted some of the largest U.S. companies that could supply Covid testing.

Birx also told the panel that Atlas and other Trump officials “purposely weakened CDC’s coronavirus testing guidance in August 2020 to obscure how rapidly the virus was spreading across the country,” the report said. The altered guidance recommended that asymptomatic people didn’t need to get tested, advice that was “contrary to consensus science-based recommendations,” it said, adding, “Dr. Birx stated that these changes were made specifically to reduce the amount of testing being conducted.

Altas did not immediately respond to NBC News’ request for comment.

The subcommittee also found in its investigation that the Trump White House blocked requests from the Centers for Disease Control and Prevention to conduct public briefings for more than three months. That move followed a late-February 2020 briefing in which a top CDC official “accurately warned the public about the risks posed by the coronavirus,” it said.

Another CDC official told the panel that the agency asked to hold a briefing in April 2020 on a recommendation to wear cloth face coverings and present evidence of pediatric cases and deaths from Covid, but the Trump White House refused.

CDC officials also stated media requests to interview them were denied during that period, the subcommittee report said.

Documents obtained by the committee also show that Trump political appointees tried to pressure the Food and Drug Administration to authorize ineffective Covid treatments the president was pushing, like hydroxychloroquine and convalescent plasma, over the objections of career scientists, the report said.

In addition, Dr. Steven Hatfill, an adviser to former White House trade adviser Peter Navarro, “may have declined leads to purchase supplies like N95 masks in the spring 2020 solely because the products were not manufactured in the United States,” the subcommittee said.

In a statement provided to NBC on Friday, Hatfill said that the administration began sourcing personal protective equipment in early 2020. He said “the most logical and efficient choice was to seek U.S.-based manufacturers’ help.”

“At the time, profiteers were peddling defective and fraudulent PPE at inflated prices directly to the public,” he said. “Even states such as California and New Mexico fell prey to these schemes, but we had no time to waste at the federal level. Even the shortest delay could cost thousands of lives. That was a risk we were not willing to take. Our choice to buy American goods saved lives and the United States taxpayer’s money.”

Dr. Jay Butler, a senior CDC official who helped supervise the agency’s coronavirus response during the spring of 2020, told the subcommittee in an interview that the Trump administration published guidance for faith communities in May of last year that “softened some very important public health recommendations,” such as removing all references to face coverings, a suggestion to suspend choirs, and language related to virtual services. Butler told the panel that “the concerns he had about Americans getting sick and potentially dying because they relied on this watered-down guidance ‘will haunt me for some time,’” the report said.

The revelations in the panel’s report come as Covid cases surge across the country as the U.S. battles the new omicron and the delta variants.

The way Trump and his associates dealt with the early months of the coronavirus is nothing short of a travesty that directly contributed to the 800,000 deaths.