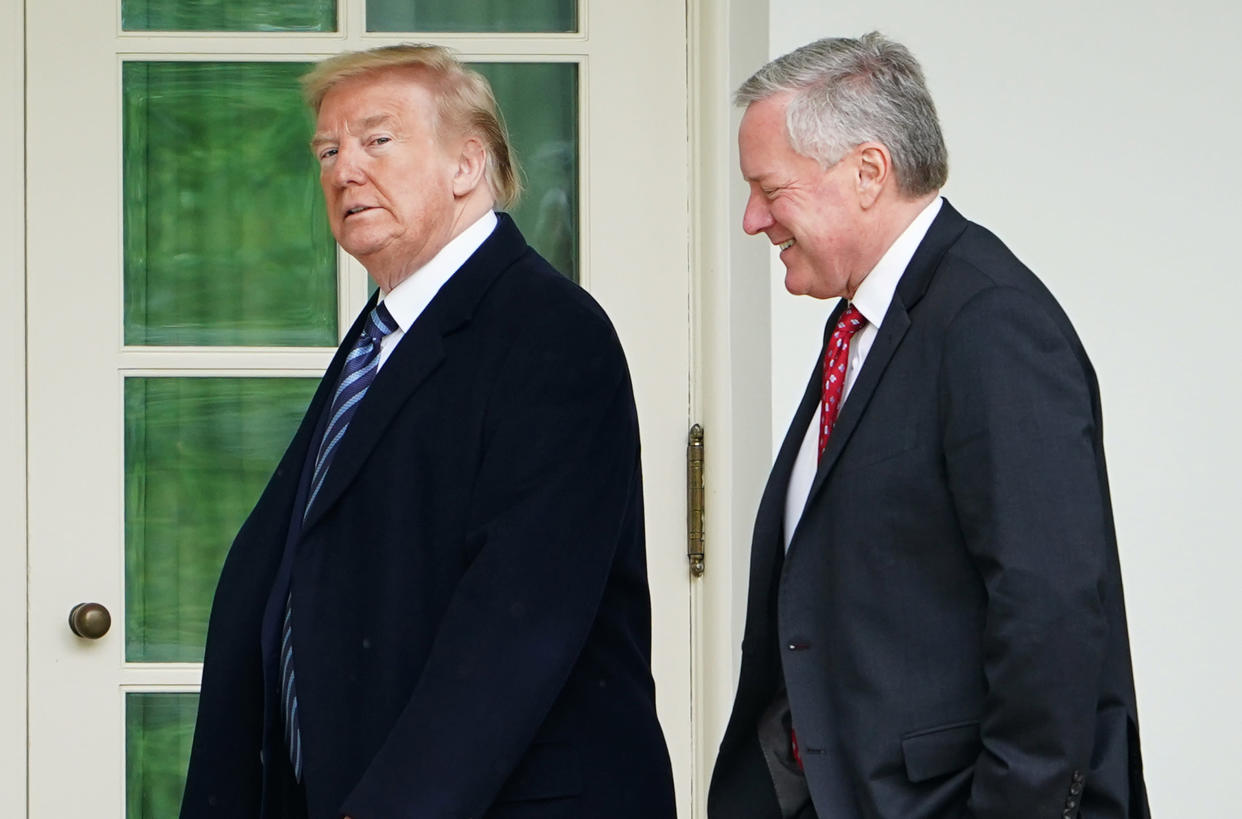 As a mob of Donald Trump’s supporters stormed the U.S. Capitol on Jan. 6, White House chief of staff Mark Meadows received text messages from multiple Fox News hosts and the president’s son, urging him to convince Trump to issue a statement condemning the violence, according to the House select committee investigating the attack.

The text messages are among thousands of documents Meadows has turned over to the committee, according to Vice Chair Liz Cheney, R-Wyo., who revealed the messages Monday evening as the panel gathered to pass a resolution to hold Meadows in contempt of Congress.  As reported by Yahoo News and Reuters.

Cheney said Meadows, who served as Trump’s chief of staff during his final months in office, turned over thousands of emails and text messages as part of a previous agreement to cooperate with the panel, but he has refused to testify, despite being ordered to do so by a subpoena. Meadows’s attorney said the former top White House aide believes his testimony is protected by executive privilege.

“Mark, the president needs to tell people in the Capitol to go home. This is hurting all of us. He is destroying his legacy,” Cheney said as she read out loud a text message from Fox News host Laura Ingraham.

“Please get him on TV. Destroying everything you have accomplished,” wrote Brian Kilmeade of “Fox & Friends.”

Sean Hannity, another Fox News star, asked if Trump could “make a statement” asking “people to leave the Capitol.

Cheney, a prominent GOP critic of Trump’s actions that day, concluded: “These text messages leave no doubt the White House knew exactly what was happening at the Capitol.”

Some of those messages stand in contrast with how some Republican lawmakers, as well as Fox News stars like Tucker Carlson, have portrayed the violent attack on the Capitol. Two Fox News contributors recently quit over a special that downplayed the assault.

The revelations came as the House panel voted Monday to make Meadows the third Trump ally it referred for possible criminal penalties for refusing to cooperate with its investigation.

The specific text messages revealed by Cheney ahead of Monday’s vote are the latest details to emerge about Meadows’s communications leading up to and during the deadly riot by Trump supporters who sought to overturn the results of last year’s presidential election.

In a report issued on Sunday night ahead of the contempt vote, the committee described several specific messages about which it had planned to question Meadows about last week, when he failed to show up for a scheduled deposition.

Among the documents described in the contempt report is a Jan. 5 email in which Meadows indicated that the National Guard would be present at the Capitol the following day to ‘‘protect pro-Trump people.”

It’s not clear who was the recipient of this message from Meadows, or what it was based on, but it comes amid renewed scrutiny of who is to blame for the National Guard’s delayed response to requests for help from the Capitol Police during the riots. One of the main questions for congressional investigators is whether Trump played any role in that delay.

Incompetence all around in the White House!