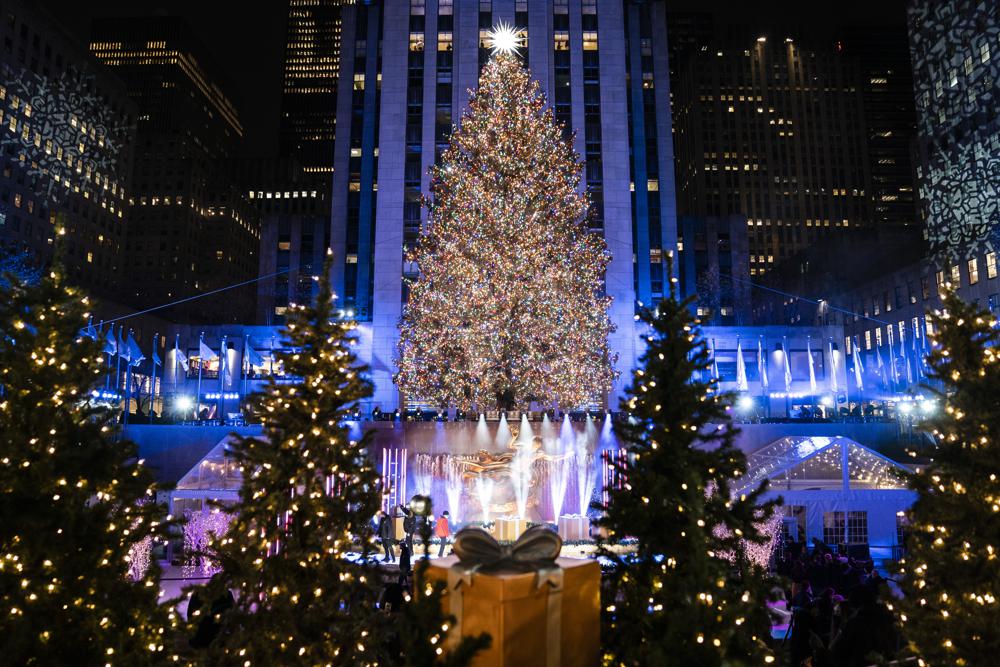 The holly, jolly, best time of the year got a light-filled launch last night, when the towering Christmas tree at Rockefeller Center was officially turned on.

The 79-foot (24-meter) Norway spruce, covered with more than 50,000 lights in a rainbow of colors and bearing a crystal-covered, 900-pound (400-kilogram) star, was lit in a midtown Manhattan ceremony again open to the public, in contrast with last year’s virus-impacted event.

This year’s tree came from Elkton, Maryland, where it stood for more than 80 years outside a family home.

The first Christmas tree was placed in Rockefeller Center by men, mostly immigrants,  working there in 1931 during the Great Depression.

As far as New Yorkers are concerned, Christmas is here!