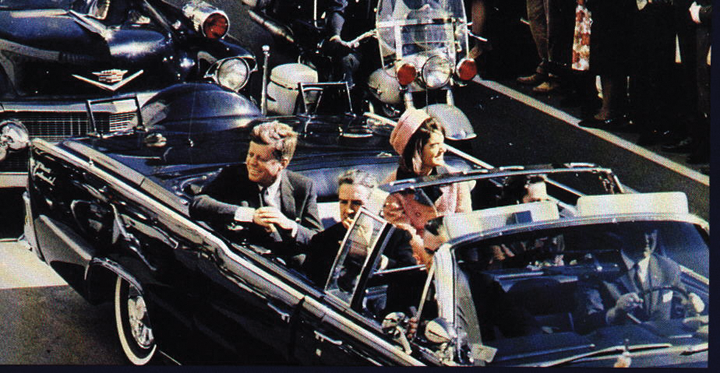 John Fitzgerald Kennedy, the 35th President of the United States, was assassinated on Friday, November 22, 1963, at 12:30 p.m. Central Standard Time in Dallas, Texas, while riding in a presidential motorcade through Dealey Plaza. Kennedy was riding with his wife Jacqueline, Texas Governor John Connally, and Connally’s wife Nellie when he was fatally shot by Lee Harvey Oswald. Governor Connally was seriously wounded in the attack. The motorcade rushed to Parkland Memorial Hospital where Kennedy was pronounced dead about 30 minutes after the shooting; Connally recovered.

Oswald was arrested by the Dallas Police Department 70 minutes after the initial shooting. At 11:21 a.m. November 24, 1963, as live television cameras were covering his transfer from the city jail to the county jail, Oswald was fatally shot in the basement of Dallas Police Headquarters by Dallas nightclub operator Jack Ruby. Oswald was taken to Parkland Memorial Hospital, where he soon died. Ruby was convicted of Oswald’s murder, though it was later overturned on appeal, and Ruby died in prison in 1967 while awaiting a new trial.

I remember the day and hour as if it was yesterday.

Our country was never the same!