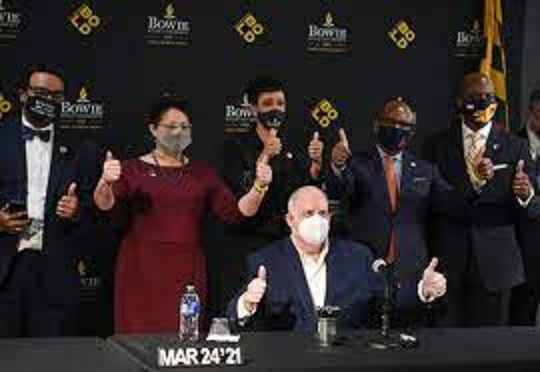 The law firm that represented Maryland’s historically Black universities in a long-running lawsuit against the state is donating $12.5 million to colleges and nonprofits from the fees it was awarded when the case settled.

After a 15-year legal and political saga, the case was settled earlier this year when state lawmakers approved hundreds of millions of dollars in extra funding for the HBCUs in future state budgets.  As reported by the Baltimore Sun.

As part of the settlement, the state agreed to pay $22 million in legal fees and costs, with $12.5 million going to Kirkland & Ellis. The remainder went to the Lawyers’ Committee for Civil Rights Under the Law, which also provided legal representation for plaintiffs in the lawsuit.

Kirkland & Ellis is now sending all of the money it received back into the community because it took the lawsuit on a pro bono, or charitable, basis.

“So many of us became lawyers to fight injustice and give our clients a fair shake not only in the courtroom, but also in society. This case has allowed me, and my colleagues, to do just that,” Jones said in a statement. “I’m gratified by this entire experience, including knowing that this donation will go directly to helping future lawyers gain valuable experience and to fight for justice for others.”

University leaders have been working on plans for how to spend the money, which will start flowing in 2023. Ideas include expanding academic programs for in-demand fields such as technology and health care, providing more services and financial aid to low-income students, and expanding graduate and certificate programs.

A grand  gesture on the part of Kirkland & Ellis.