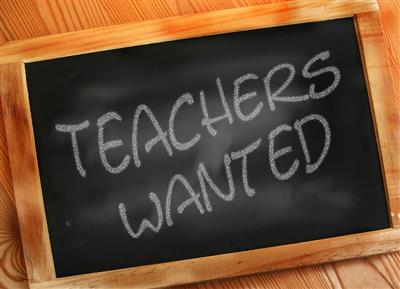 Many schools nationwide are facing severe teacher and worker shortages. Some of these shortages can be traced to teachers leaving lower-pay school districts for higher-pay districts.  As an example,  when a staffing crisis at Eastpointe Middle School outside Detroit forced administrators to close the school last month for more than a week, moving classes online, it wasn’t because of a Covid-19 outbreak.

And it wasn’t because the district’s teachers had fled the profession after a year and a half of disruptions to instruction and tensions over Covid safety.

The problem, Eastpointe Community Schools Superintendent Ryan McLeod said, is that they could get better teaching jobs — and did.

Of the 10 teachers who resigned from his district since Aug. 9, at least seven landed in other districts, he said.  As reported by NBC News.

“We are one of the lower paying districts in the area,” said McLeod, who decided Sept. 16 to temporarily move middle school classes online after three teachers quit. “There’s been an increase in hiring, an increase in the number of positions in different districts and our staff used that as an opportunity to make a jump.”

Education and labor experts say McLeod is running into an unexpected side effect of the very thing that was supposed to help schools this year: the flood of federal Covid relief dollars.

The $122 billion relief package signed by President Joe Biden in the spring, along with two prior rounds of Covid funding, have enabled nearly every public school in the country to invest in equipment, facilities and programs designed to repair the deep social, emotional and instructional toll the pandemic has had on children.

But the decision by some districts to spend the money on hiring or bonuses has created problems for other districts — particularly those like Eastpointe, where McLeod says a long history of financial challenges has made it difficult to hold on to staff.

“I don’t think I’ve ever seen anything like this,” said Marguerite Roza, whose Edunomics Lab at Georgetown University has been tracking school Covid relief spending. She has been hearing from districts in competitive labor markets about a “hiring bonanza” she described as “predatory.”

“There’s a lot of money flowing,” she said, and “higher and higher signing bonuses.”

U.S. Education Secretary Miguel Cardona told NBC News he’s aware that the Covid relief funds are creating hiring challenges in some parts of the country, especially in places that have long struggled with shortages in areas such as math and special education. But he’s hopeful the issue can be resolved with creative measures like teacher training programs that put educators in classrooms faster.

“We’re going to have to be innovative at all levels in order to meet the needs of our students and the demands of the teaching profession,” he said…

… An Eastpointe High School teacher who left the district last year said she loved working for the district, but low pay and a series of leadership changes at her school made it tough to stay.

“When I left there, I was in tears,” said Julie Herchock, 49, a special education teacher who left Eastpointe in September 2020 and now makes $23,000 more a year teaching at a high school in Detroit where teachers have received a number of recent raises and bonuses. “When I did my exit interview, I just told them, ‘You know, I absolutely loved working there and if I got more money, I would definitely be there still.’”

Stocks had hoped the contract his union negotiated this year, which he said pays salaries ranging from $42,000 to $72,000, would make the district more competitive.

He didn’t realize, however, that billions of dollars in Covid relief funds would shift the goal posts of teacher pay in the Detroit area.

“It was competitive when we signed it, but a lot of people went back and renegotiated when their budgets were impacted by Covid relief money, and they were able to create economic offers that we couldn’t compete with,” he said, noting that one teacher got an $18,000 raise by taking a job in another district.

Eastpointe started the school year Aug. 30 with 40 vacancies across its seven buildings — nearly a quarter of the 163 teachers it needed to be fully staffed, McLeod said.

The district managed to keep its schools open for a few weeks by using administrators as substitutes and asking teachers to cover classes during prep periods. But by Sept. 16, the departures reached a breaking point.

“My job is to protect safety, health, the integrity of the instruction and the professionalism of my teachers,” Stephanie Fleming, the middle school principal, said, noting that she shifted classes online because the virus threat made it unwise to double students up in classrooms and because she didn’t want to fill vacancies with unqualified substitute teachers.

This issue will not resolve itself quickly and may get worse before it gets better.